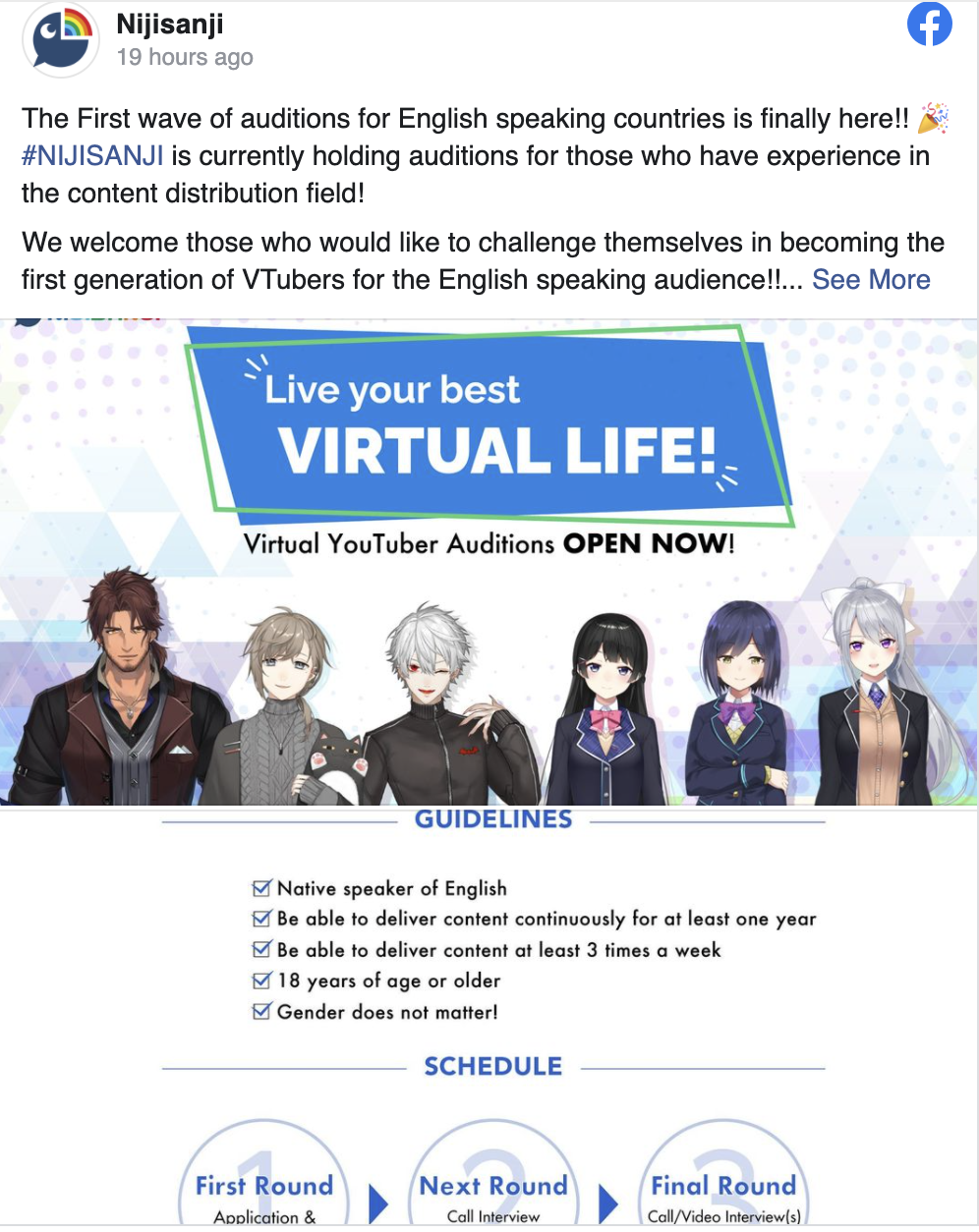 Nijisanji, one of the most well-known Vtuber groups in Japan and operated by Ichikara Co Ltd, is holding its first wave of auditions for English speaking countries.

Although Nijisanji IN (India) and some Vtubers from Nijisanji ID (Indonesia) regularly broadcast in English, it looks like Nijisanji is preparing a separate division with exclusively English-speaking Vtubers, perhaps the way rival Vtuber group Hololive did with Hololive EN

According to their Facebook page, they want to “welcome those who would like to challenge themselves in becoming the first generation of VTubers for the English speaking audience.”

QualificationsNijisanji is looking for applications from individuals who have experience in the content distribution field and who have the following qualifications:

Fill out the application here.

According to the application form, this is what you’ll need to do:

Getting into a virtual character you’ve created, please make a 5 minutes video/audio of you with: (1) A self introduction; and (2) Streaming in character. Please share the URL of the video on a streaming platform such as YouTube.

— Japan opens up chiropractic service for gamers with bad posture