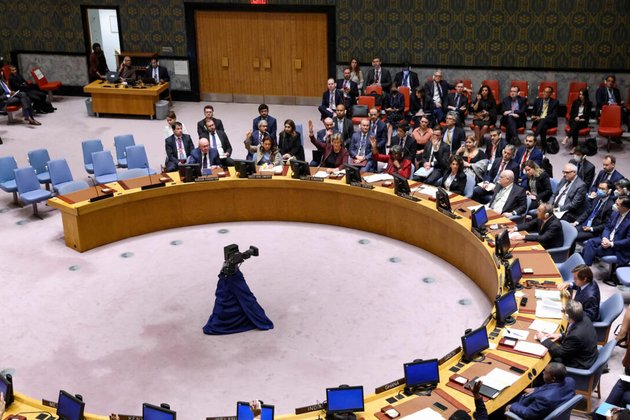 The United States and its allies on Wednesday criticised Russia in the United Nations Security Council over missile attacks on Ukraine in a meeting a day after a missile that NATO said was a stray fired by Ukraine’s air defences crashed inside Poland. Read our live blog to review the day’s latest development. The time is in Paris time (GMT+1).

This live page is no longer being updated. For more of our coverage of the war in Ukraine, click here.

12:19am: West criticises Russia at UN over missile attacks on Ukraine

“This tragedy would never have happened but for Russia’s needless invasion of Ukraine and its recent missile assaults against Ukraine’s civilian infrastructure,” Washington’s ambassador to the United Nations, Linda Thomas-Greenfield, told the Security Council.

“Ukraine has every right to defend itself against this barrage,” Thomas-Greenfield said.

The British and Polish ambassadors to the UN echoed the statement that Russia’s invasion was ultimately to blame for the explosion in Poland.

Russia’s UN ambassador Vassily Nebenzia told the meeting: “We have long ago stopped being surprised by your attempts in any circumstances, in spite of facts or common sense, to blame Russia for everything.”

Military alliance NATO and member Poland said the missile was probably a stray fired by Ukraine’s air defences and not a Russian strike, easing international fears that the war could widen. Ukrainian President Volodymyr Zelensky demurred, saying there was no doubt the missile was not Ukrainian.