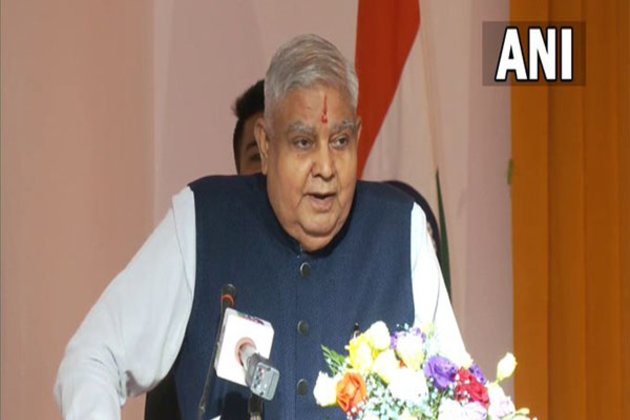 Besides these officials, the Vice President also interacted with various leaders of the world including US President Joe Biden, Prime Ministers of Japan and New Zealand, Fumio Kishida and Jacinda Ardern.

He also interacted with the officials of the European Union and the International Monetary Fund (IMF) during the Gala dinner hosted by the Prime Minister of the Kingdom of Cambodia, Samdech Akka Moha Sena Padei Techo Hun Sen.

Vice President Jagdeep Dhankhar on Sunday concluded his visit to Cambodia after attending the ASEAN-India Commemorative Summit and the 17th East Asia Summit.

After completing ASEAN-India Commemorative Summit and the 17th East Asia Summit held in Phnom Penh, the Capital of Cambodia, the vice president with his spouse Sudesh Dhankhar also visited Siem Reap, where he inaugurated the Hall of Dancers at the Ta Prohm Temple. The Vice President also paid a short visit to Angkor Wat temple where India started restoration work during the 80s.

While addressing the summit, the Vice President of India underlined the growing global concerns on food and energy security and called for East Asia Summit Members’ full contribution to the International Year of Millets in 2023.

He also highlighted the importance of the East India Summit mechanism in promoting a free, open and inclusive Indo-Pacific with freedom of navigation and overflight.

On his visit to Cambodia, Dhankhar also addressed the Indian community members and said, “We have a strong association with restoration and preservation works of magnificent architectural monuments in Cambodia. Our two countries share rich traditions and cultures and have centuries-old civilizational connections. Magnificent and awe-aspiring temples of Angkor Wat, Ta-Prohm, and Preah Vihear are a sublime reflection of the linkages between our two countries.”External Affairs Minister Dr Jaishankar also held a meeting with US Secretary of State Antony Blinken and discussed the situation in Ukraine, Indo-Pacific, energy, G20 and bilateral relations.

The Member States of the Association of Southeast Asian Nations (ASEAN) and the Republic of India on Saturday issued a joint statement and declaration on advanced maritime cooperation, including in maritime security, countering piracy and armed robbery against ships, maritime safety, and search and rescue (SAR) operations humanitarian assistance, disaster management, and emergency response and relief.

Enhance cooperation against terrorism and transnational crimes including international economic crimes and money laundering, cybercrime, drugs and human trafficking, and arms smuggling; and in military medicine, while reaffirming that it plays an important role and offers to ensure health security in the region, the joint statement by ASEAN-India read.

The East Asia Summit (EAS) is the Indo-Pacific’s premier forum for strategic dialogue. It is the only leader-led forum at which all key Indo-Pacific partners meet to discuss political, security and economic challenges facing the region and has an important role to play in advancing closer regional cooperation. (ANI)