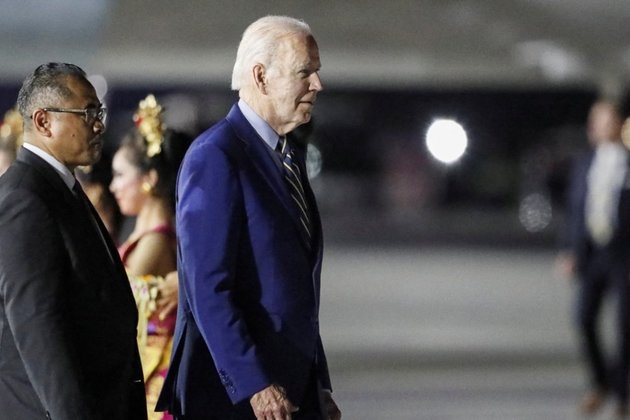 PHNOM PENH – U.S. President Joe Biden and the leaders of Japan and South Korea met in Phnom Penh, where they vowed a united stance over threats posed by North Korea’s ballistic missile and nuclear programs.

The three leaders held talks on the sidelines of the East Asia Summit in Cambodia where regional leaders gathered for the first in-person talks since the COVID-19 pandemic.

‘For years our countries have been engaging in trilateral cooperation out of a shared concern for the nuclear missile threats that North Korea poses to our people. And North Korea continues provocative behavior. This partnership is even more important than it’s ever been,” Biden said after the talks.

North Korea has launched a record number of missile this year, some of which have flown over Japan, alarming leaders in Tokyo.

The East Asia Summit is a grouping of the Associated of Southeast Asian Nations and its dialogue partners: Australia, China, India, Japan, New Zealand, South Korea, Russia, and the United States.

On Saturday, Biden addressed a U.S.-ASEAN summit, reaffirming the U.S. commitment to “ASEAN Centrality” – the principle that regional engagements and processes are driven by the 10-country bloc instead of great power rivalry.

“ASEAN is the heart of my administration’s Indo-Pacific strategy,” Biden said. “And we continue to strengthen our commitment to work in lockstep with an empowered, unified ASEAN.”

Biden appeared to misspeak as he thanked “the prime minister of Colombia” for his leadership in ASEAN, referring to Cambodia’s authoritarian leader Hun Sen. At the start of the summit, the president held a bilateral meeting with the region’s longest-ruling leader who has been in office since 1985.

Biden pressed Hun Sen to reopen civic and political space ahead of the 2023 elections and called for the release of activists detained on politically motivated charges, including U.S.-Cambodian dual citizen Theary Seng, according to a readout of the bilateral meeting provided by the White House.

With Phnom Penh firmly in Beijing’s embrace, however, there may not be much that Biden can do.

During his meeting with Hun Sen earlier this week, Chinese Premier Li Keqiang pledged $27 million in development aid for Cambodia.

The U.S. is also concerned that Cambodia is secretly allowing Chinese warships to dock at its Ream Naval Base in the Gulf of Thailand.

“The President raised concerns regarding the situation at Ream Naval Base and underscored the importance of full transparency about activities by the PRC military at Ream Naval Base,” the White House said in its statement.

Earlier this year, Beijing provided funds to revamp the base, heightening fears among some ASEAN members concerned about Chinese expansionist ambitions in the South China Sea.

Biden ended his first day in Cambodia at a gala dinner with summit leaders. He continued meetings at the East Asia Summit on Sunday before he traveled to Bali, Indonesia, for the G-20 meeting of the world’s 20 largest economies.