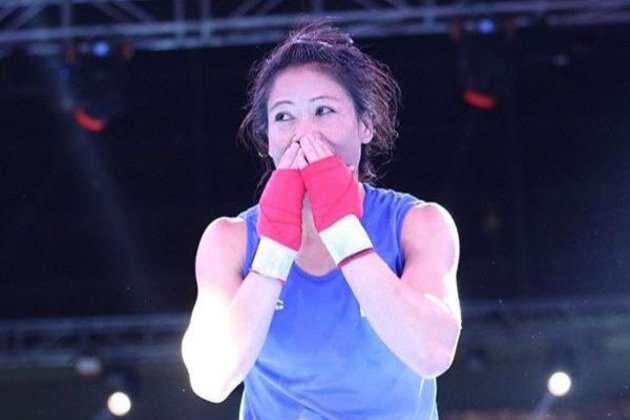 New Delhi [India], October 8 (ANI): Olympic medalist Mary Kom has refuted claims she plans to retire and said that she still wants to compete as she is hungry to play for the nation.

Mary Kom, who won a bronze medal in the London 2012 Olympics, suffered an anterior cruciate ligament (ACL) injury while competing for India in the Commonwealth Games trials in June of this year. She underwent reconstructive surgery and is now recovering, but she says she will recover quickly.

“Why can’t I come back? I am Mary Kom,” the Indian boxer said as quoted by Olympics website during a press conference on Friday.

The last time Mary Kom competed globally was at the Tokyo Olympics, where she advanced to the pre-quarterfinals before falling to Colombian Ingrit Valencia by a 3:2 split decision.

“I am still hungry. I want to compete in one major tournament before I retire. And I don’t mean an invitational event, just one proper competition before I go,” Mary Kom said.

Mary Kom, however, will turn 40 next month, which means she is ineligible to compete in the Paris Olympics or the Asian Games in 2019, as both competitions’ maximum participation age was 40 in 2013.

“I know there’s an age barrier, but I still want to compete. People want to see me in the ring. I had a complex, three-stage surgery, but I am not done yet,” Mary Kom noted.

Mary Kom has been advised to rest for six months following her surgery but she is eager to return to the ring sooner rather than later.

“I have taken it as a challenge. I want to regain full fitness in less than six months. Recovery and rehab are things that I can control,” she stated.

Mary Kom’s knee still has limited movement, but she has begun her rehabilitation and strength training.

“About three-four months back, I could bend only 10 per cent of my knee. It will slowly be 100 per cent. Gradually the mobility and strength will return,” Mary Kom informed. (ANI)