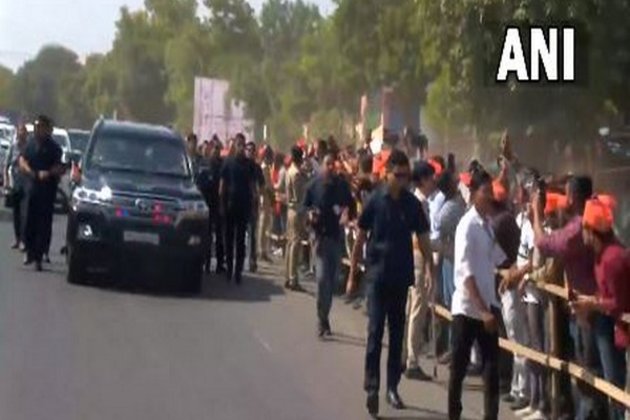 Vadodara (Gujarat) [India], October 30 (ANI): Prime Minister Narendra Modi who is on a visit to his home state Gujarat, received a warm welcome on his arrival in Vadodara on Sunday.

People flocked on both sides of the streets, where the cavalcade of PM Modi crossed, to greet him.

The C-295 transport aircraft for the Indian Air Force will be manufactured by Tata-Airbus, said Defence Ministry officials.

Apart from making 40 aircraft, this facility at Vadodara would be manufacturing additional aircraft for Air Force requirements and exports, as per Defence Secretary Aramane Giridhar.

IAF officials said the first Indian Air Force squadron of C-295 transport aircraft would also be based in Vadodara.

According to Defence Ministry officials, 96 per cent of the work that Airbus does in its facility in Spain would be done in the Indian facility and the electronic warfare suite for the aircraft would be done by public sector Bharat Electronics (BEL).

Noting that this would be having one of the highest indigenous content, the defence officials added that the aircraft built in India would be supplied from 2026 to 2031 and the first 16 aircraft will come between 2023 to 2025.

Sprawling over 3 acre with a pathway of 2,100 metres, Maze Garden is the largest of its kind in the country and has been developed in a short span of just eight months.

The Maze Garden at Kevadia has been built in the shape of ‘Yantra’ that emanates positive energy. The key objective for choosing this design was to bring about symmetry while focusing on building an intricate network of pathways.

As many as 1,80,000 saplings have been planted near this Maze Garden. These include Orange Gemini, Madhu Kamini, Glory Bovar and Mehndi. This location was originally a dumping site for debris which has now turned into a verdant landscape.

The rejuvenation of this barren land has not only beautified the surrounding but also helped establish a vibrant ecosystem where birds, butterflies and honeybees are thriving now.

The Miyawaki Forest will be another tourist attraction for people visiting Ekta Nagar. This forest is named after the technique developed by Japanese botanist and ecologist Dr Akira Miyawaki to plant saplings of various species are planted close to each other which develops into a dense urban forest.

The growth of plants is ten times faster using this method and as a result, the forest developed is 30 times denser. Through the Miyawaki method, a forest can be developed in just two to three years while it takes at least 20 to 30 years through the traditional method. (ANI)