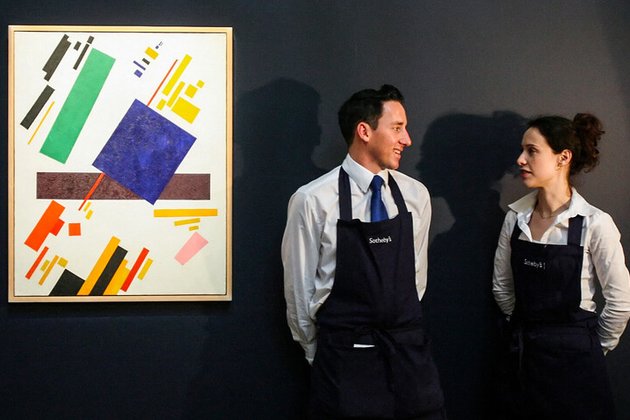 Collectors from around the world hunt for canvas by these painters, spending millions of dollars at auctions, far above their original estimated value.

A native of Kazan and a student of Ilya Repin, Nikolai Fechin moved to the United States in 1923, where he is today considered a national artist. However, both in the USSR and in Russia his art works were highly valued, and a large collection of his works is kept in the Museum of Fine Arts of Tatarstan. According to the last will of the artist, who passed away in California, his ashes were reburied in his native Kazan in 1975. In 2010, “Little Cowboy” by Fechin was the most expensive lot of Russian art sold by Macdougall’s auction. A Russian collector anonymously bought the painting for $10.8 million. 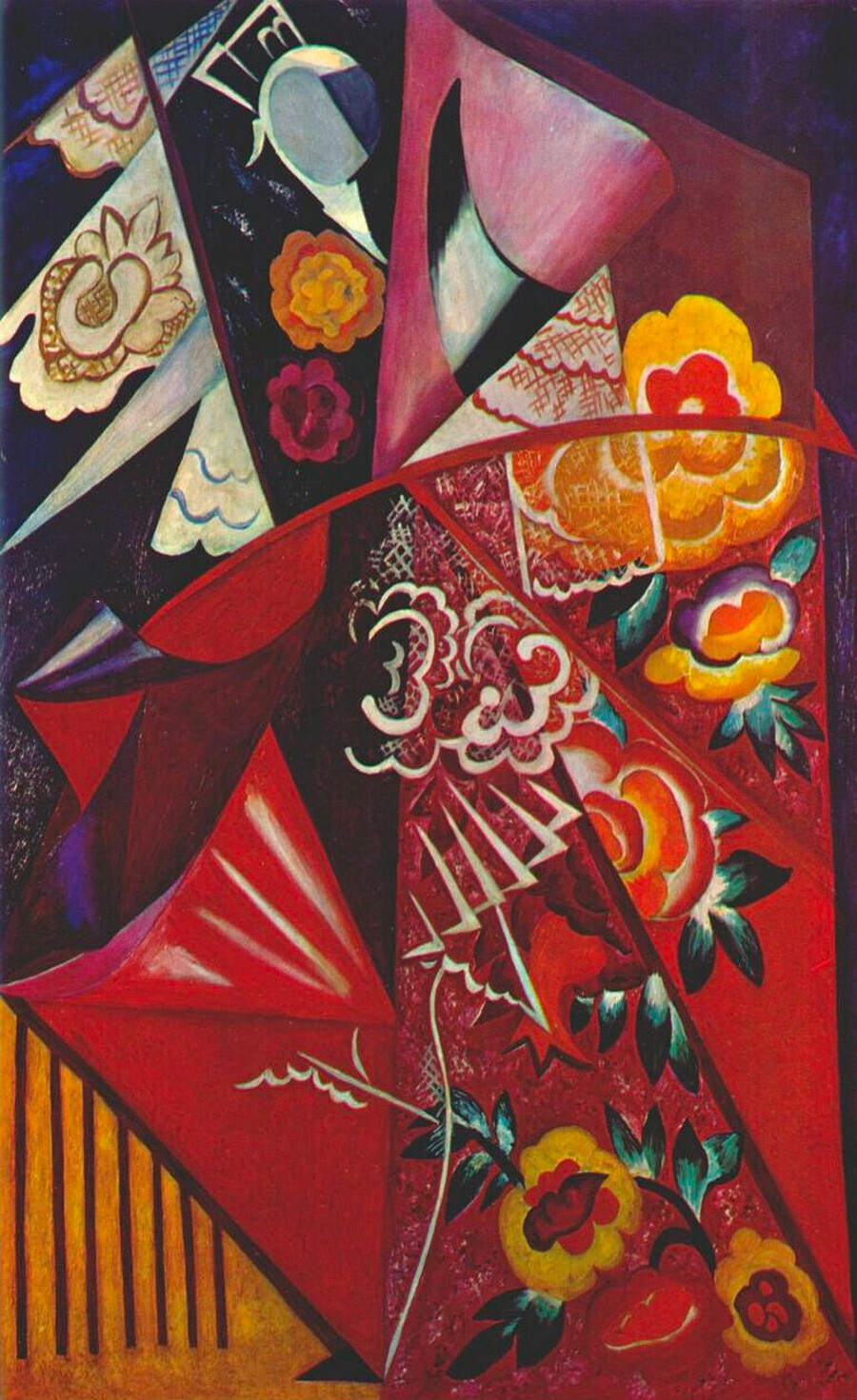 One of the most famous female Russian artists and an “Amazon of the Avant-garde”, Natalia Goncharova was fond of many artistic styles, including Cubism, Rayonism and Primitivism. Participating in many art associations and exhibitions, she was inspired by iconography and Russian folk motifs. Together with her husband, the artist Mikhail Larionov, they lived in France for many years and worked on scenography and costumes for Sergei Diaghilev’s traveling ballet, Russian Seasons. In 2007, Goncharova’s painting “Picking Apples” sold at Christie’s in London for Pound 4.9 million (nearly $10 million at the time), setting a record for a female artist. The following year another painting by Goncharova, “Flowers”, went under the hammer for Pound 5.5 million ($10.9 million at the time). Also for more than $10 million (Pound 6.4 million) her abstraction “Espagnole” sold in London in 2010. 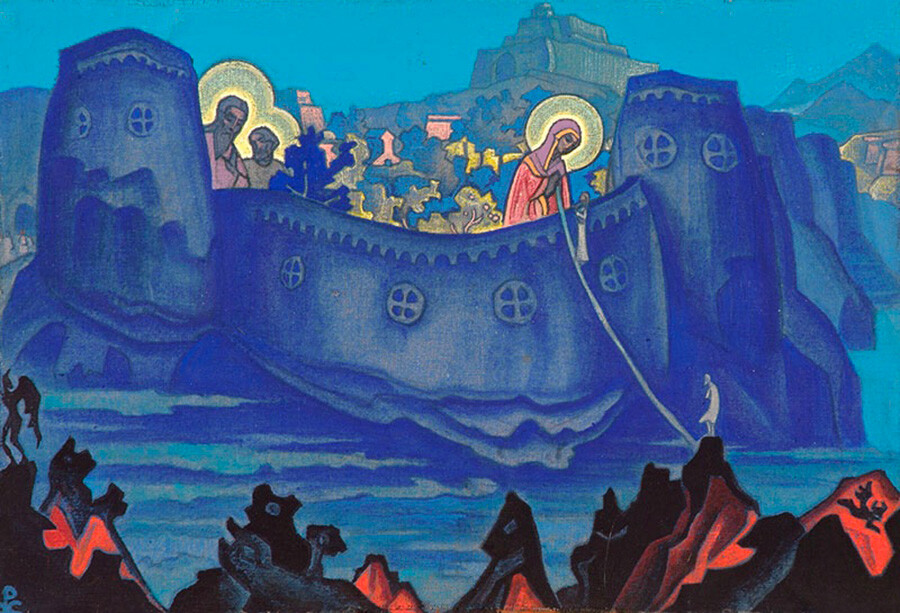 Nicholas Roerich is one of the most enigmatic and original Russian artists. He is best known for his Himalayan landscapes and interpretations of religious and, in particular, Biblical topics. Paintings by the prolific Roerich are often top hits at international auctions, with connoisseurs of Russian art ready to lay out hundreds of thousands of pounds, as well as millions of dollars. “The Greatest and Holiest of Tangla” from the “Shambhala” series sold at Christie’s for $1.42 million; “Lao Tzu” sold for $1.9 million; and “The Signal Fires of Peace” for $2.5 million. The record at auction house Bonhams (and for Roerich himself) was the painting “Madonna Laboris”. In 2013 it sold for Pound 7.9 million ($12 million at the time). 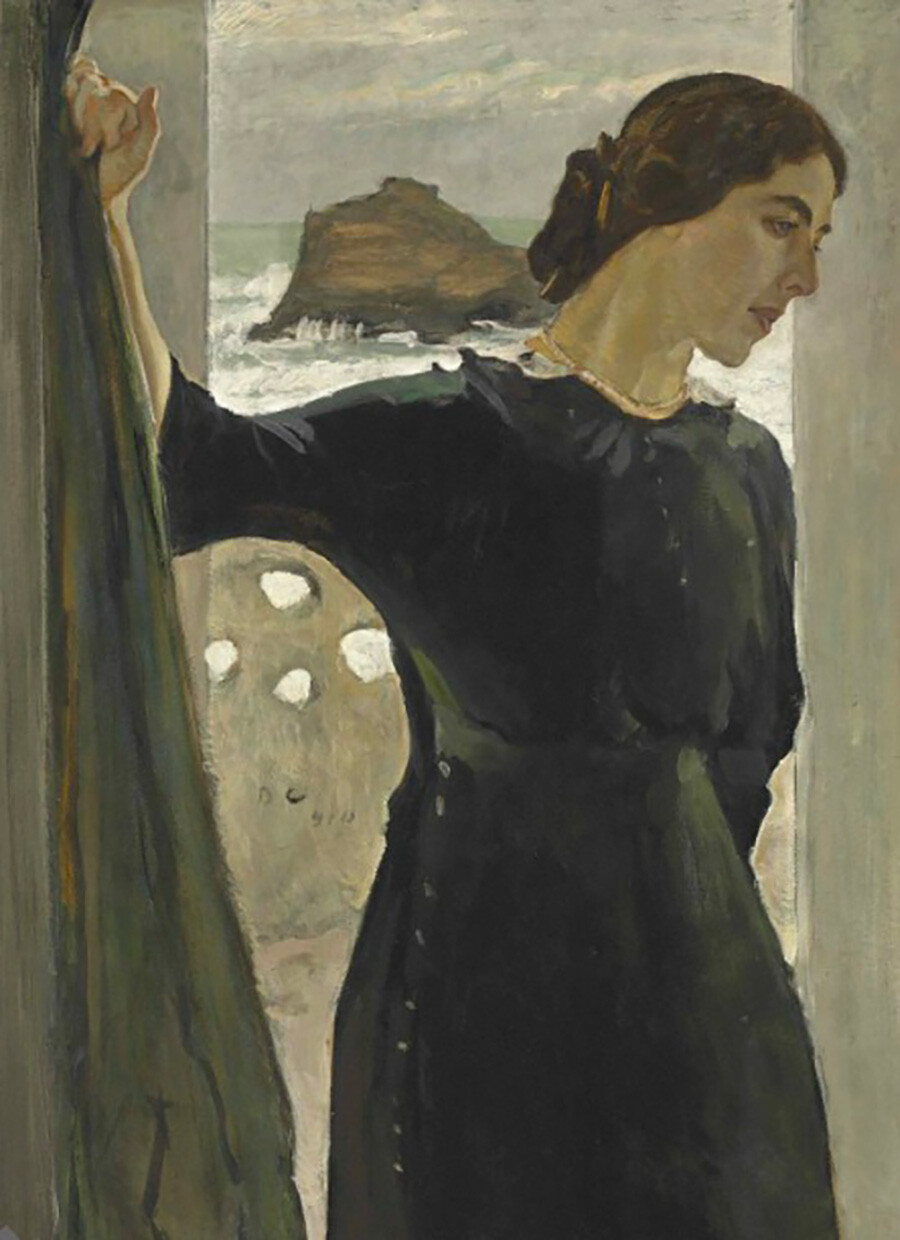 Paintings by Russian realists and the Peredvizhniki artists who were prominent in the late 19th and early 20th centuries rarely appear at auctions, unlike those of the Russian Avant-garde. And they’re usually sold much cheaper (Ivan Aivazovsky, Arkhip Kuindzhi and Ivan Shishkin sold for a maximum of just over $3 million). In 2014, Christie’s in London got Serov’s “Portrait of Maria Tsetlin” almost by accident. It was transferred to the auction house by the Israeli Museum of Russian Art in Ramat Gan, where Maria bequeathed the work. The painting was sold for Pound 9.27 million ($14.5 million at the time), which was an absolute record for Russian art sold in London. 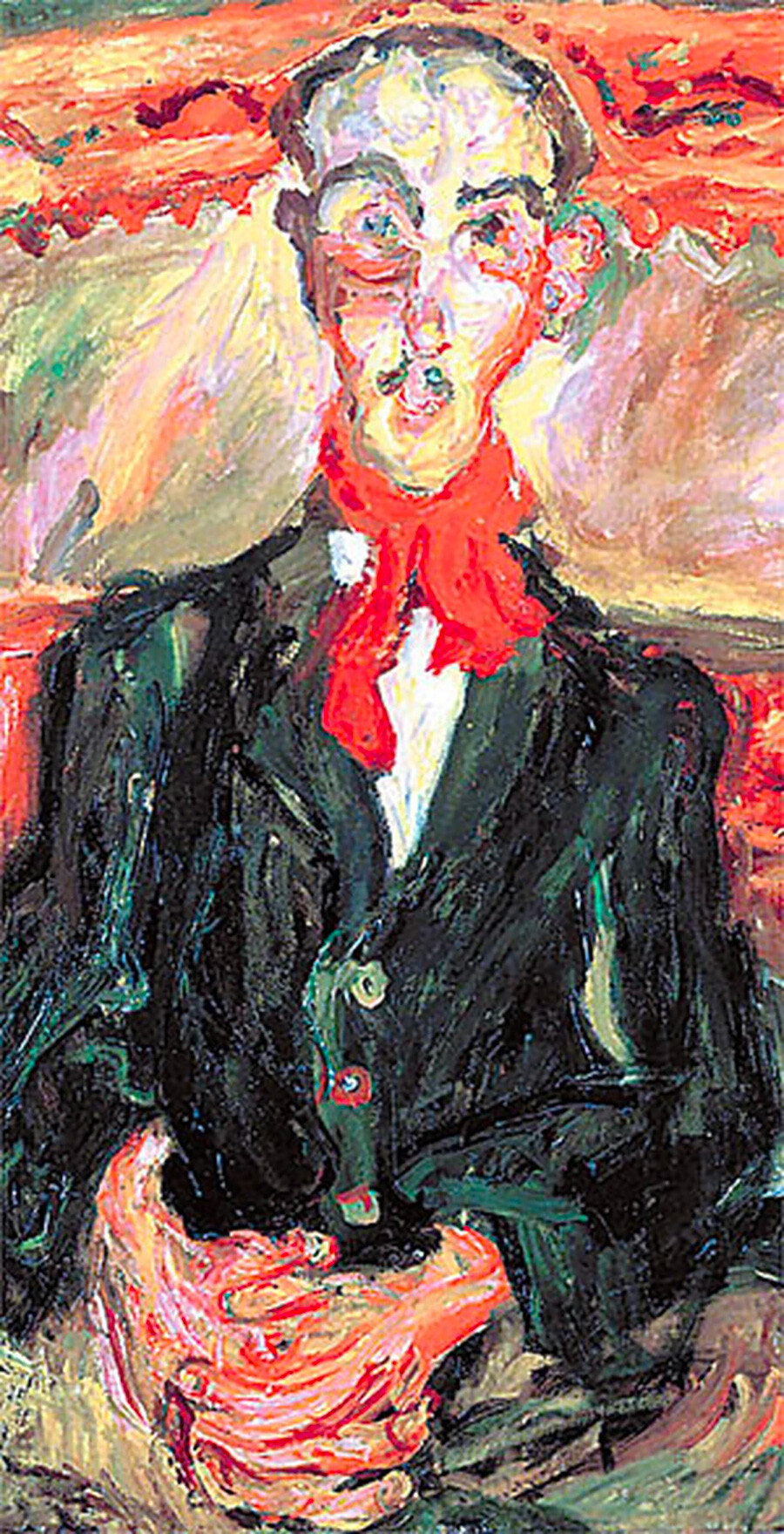 He is often referred to as a French artist and a master of the “Paris school,” but he was born to a Jewish family in the Russian Empire (in the Minsk region, in what is now the territory of Belarus). At the age of 20, the artist moved to Paris to study painting. There, of course, he met many famous artists and became friendly with Amedeo Modigliani (and painted several portraits of the Italian master). Soutine’s “Man with Red Scarf” sold at Sotheby’s for $17.2 million in 2007; also, a year earlier the controversial “Carcass of Beef” went under the hammer for $15.2 million at Christie’s. In the 2010s, three paintings by Soutine were purchased by a Belarus bank, including “The Large Field in Chartres with Viaduct” ($400,000), “Eva” (for $1.8 million, and making it the most expensive painting in Belarus) and “Woman Asleep Over a Book” ($450,000). 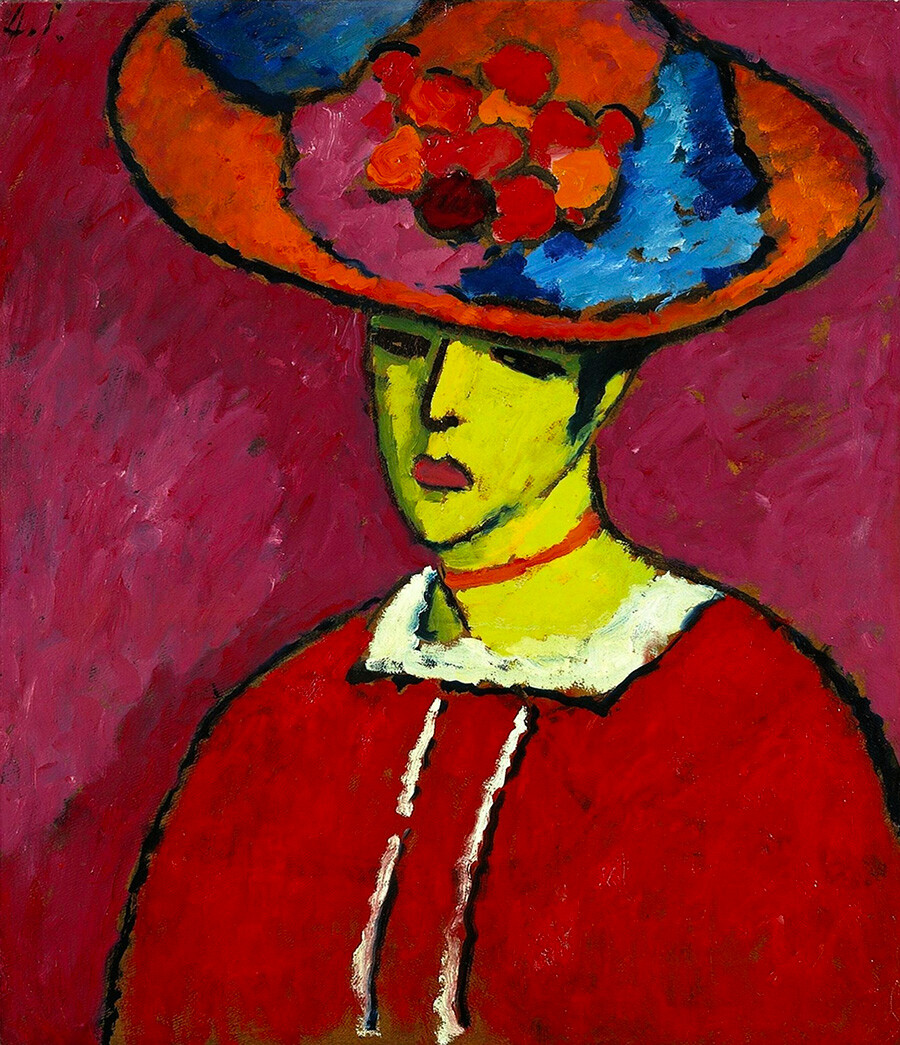 Jawlensky is considered one of the first Russian Expressionists. He became acquainted with the artistic style in Germany, where he moved even before World War I, and he also became a member of Kandinsky’s art group, Der Blaue Reiter (The Blue Rider). Jawlensky was not well known in Russia until a major exhibition of his paintings was held at the State Russian Museum in St. Petersburg in the 2000s. Increased interest in the artist came in 2003 when his painting “Schokko With Wide-Brimmed Hat” was sold at Sotheby’s for $8.3 million, and then again in 2008 for $18.6 million. In 2006, the “Dark Eyes” painting was sold for $5.5 million at Christie’s. 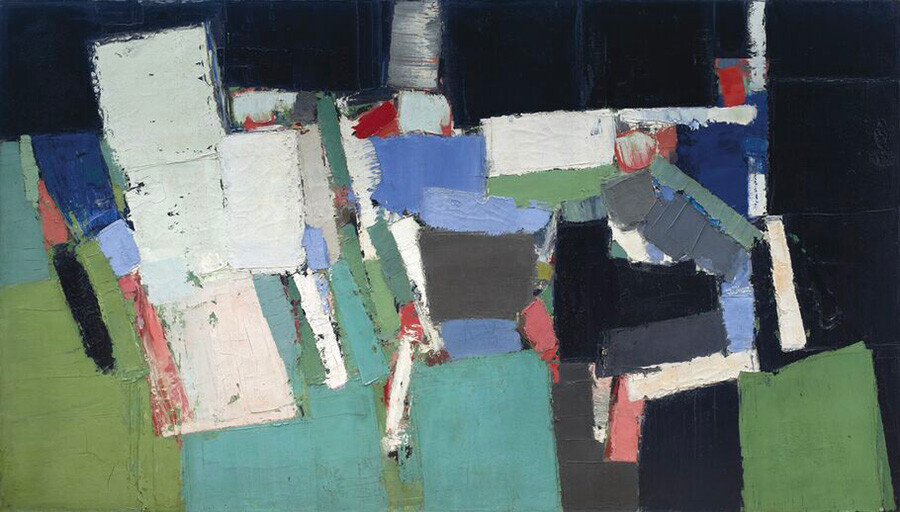 This artist’s real name was Nikolai Stael von Holstein, and he was the son of a Russian army general and a baron with distant German roots. After the 1917 Revolution, the family with the five-year-old Nikolai was forced to emigrate from Soviet Russia. Both parents passed away very soon, and Nikolai was adopted by a Belgian family. He studied painting at the Royal Academy of Fine Arts in Brussels and later lived in France, Italy and Spain. Of his contemporaries, he was greatly influenced by other Russian emigres, Chaïm Soutine and Wassily Kandinsky.

Stael is considered a prominent proponent of Tachism, a form of Abstract Expressionism, which was the answer to Cubism. In 2011, Stael’s “Nu Couche” (Lying Nude) was sold at Artcurial in Paris for €7 million ($9.4 million at the time), in 2018, the painting “Flowers” went under the hammer at Christie’s for €8.3 million ($9.7 million at the time) and “Standing Nude” for $12 million. In 2019, the nude’s record was broken by the large abstract work, Parc des Princes (“Les grands footballeurs”, or Big Footballers), which sold at Christie’s for $22 million. 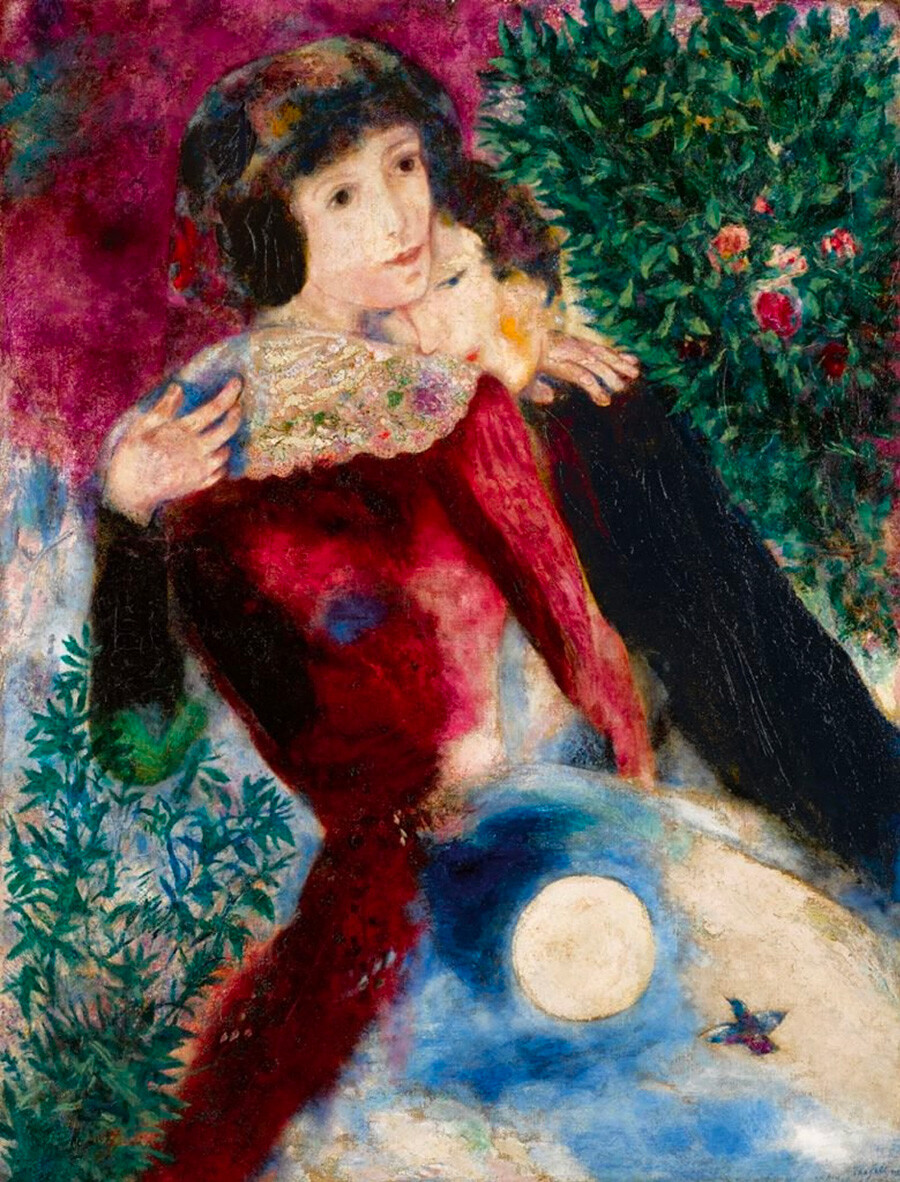 In 1990, just five years after the death of the artist, who had experienced terrible poverty in his life, his canvas “Jubilee” sold at Sotheby’s for $14.85 million. The buyer was Japanese businessman Hironori Aoki, who already has in his collection about 30 Chagal paintings. Twice, Sotheby’s sold the painting “The Big Circus” – in 2007 for $12 million, and then in 2017 for $16 million. In the same year the painting “The Three Candles” sold for $14.5 million, and “Lovers” sold for $28.45 million. 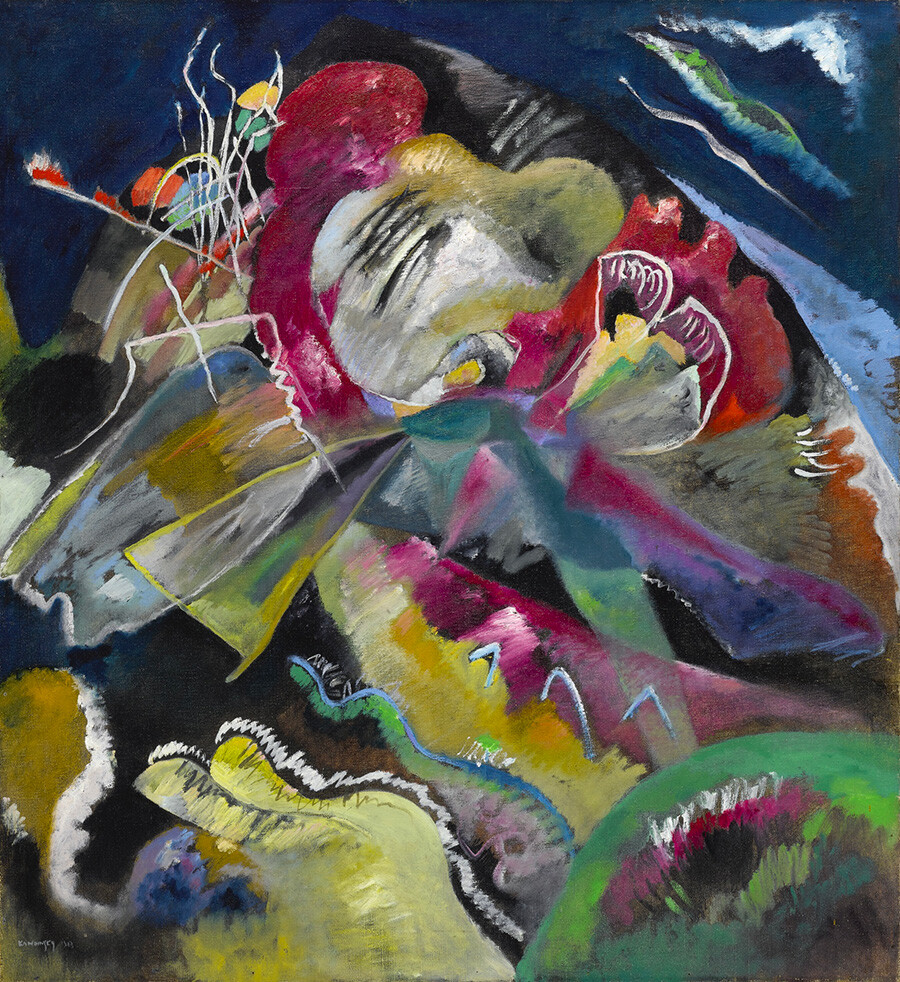 The abstractionist Kandinsky, with his unique style, is one of the world’s most famous Russian artists. In 1990, his painting “Fugue” was bought at Sotheby’s by collector Ernst Beiler for $38.2 million. In 2017, as many as two paintings scored records at Sotheby’s – “Murnau with Rainbow” sold for $26.7 million (and in a record 22 minutes); and “Painting with White Lines” went under the hammer for $42 million. 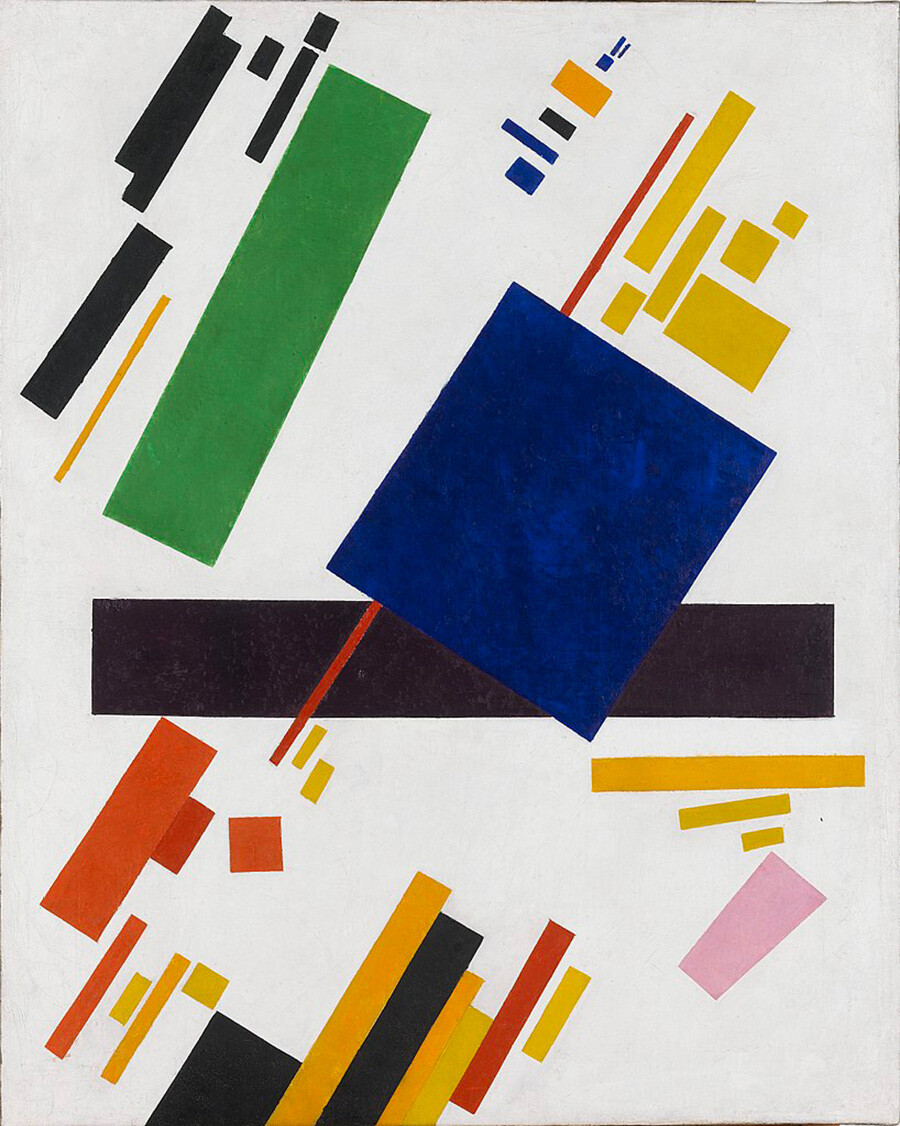 Malevich is a real record-breaker. Many of his works have repeatedly appeared on lists of the most expensive paintings. So, in 2015 at Sotheby’s, his “Mystical Suprematism (Black Cross on Red Oval)” sold for $38 million, and “Suprematism, 18th Construction” sold for $34.1 million.

To date, the most expensive Russian painting of all time is “Suprematist Composition” by Malevich. In 2008, it went under the hammer at Sotheby’s for $60 million, and in 2018 it broke its own record. An unknown buyer bought it at Christie’s in New York for $85.8 million.

Our website and social media accounts are under threat of being restricted or banned, due to the current circumstances. So, to keep up with our latest content, simply do the following: