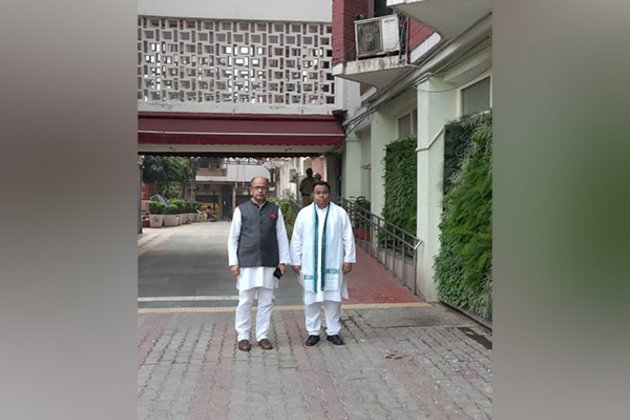 “Bishweswar Tudu, Union Minister for State for Jal Shakti, fearing and realizing the upcoming massive electoral defeat of the BJP in the Dhamnagar by-poll, in an act of desperation and frustration, violated the electoral Model Code of Conduct (MCC) while campaigning for the BJP candidate in the Dhamnagar by poll in Odisha on October 29, 2022,” it read.

“Enclosed along with this petition is a Pen-drive which has the evidence in form of a video of Bishweswar Tudu wherein his MCC violation is evident. In the video, Tudu is seen addressing multiple electronic media channels wherein he makes assurances and promised that the Government of India works with reference to Jal would be undertaken by him in Dhamnagar, which is a clear violation of the Model Code of Conduct. The MCC guidelines strongly prohibit making any assurances and promises of undertaking any Governmental works by any public representative while the election MCC is in force,” the letter added.

BJD demanded strict and exemplary action be undertaken against the minister for violation.

Dhamnagar by-election, scheduled to be held on November 3, fell vacant after BJP sitting MLA and deputy leader of the opposition in State Assembly Bishnu Sethi’s death.The counting of votes will take place on November 6. (ANI)