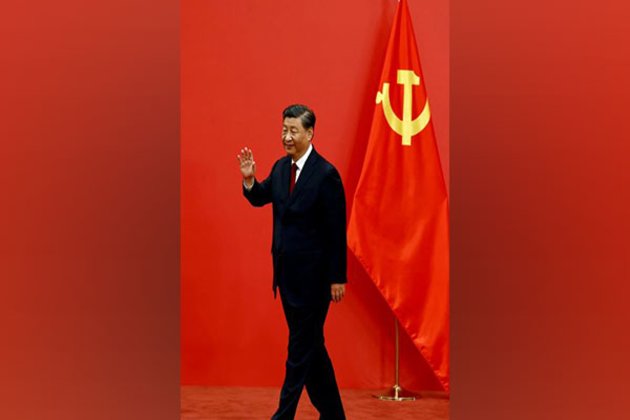 Bangkok [Thailand], November 19 (ANI): China’s President Xi Jinping warned against Cold War tensions in Asia and stressed the need to reject confrontation in the region ahead of an Asia-Pacific Economic Cooperation (APEC) summit in Bangkok.

Xi began the Asia-Pacific Economic Cooperation (APEC) leaders’ summit in Bangkok by staking out his wish for China to be viewed as a driver of regional unity in a written speech released ahead of Friday’s opening day – which also appeared to make veiled jabs at the United States, reported CNN.

Xi’s remarks were an apparent reference to US efforts with regional allies and partners to blunt what they see as China’s growing coercive economic and military influence.

The Asia-Pacific region is “no one’s backyard” and should not become “an arena for big power contest,” Xi said in the statement, in which he also decried “any attempt to politicize and weaponize economic and trade relations.””No attempt to wage a new cold war will ever be allowed by the people or by our times,” he added in the remarks, which were addressed to business leaders meeting alongside the summit and did not name the US, reported CNN.

Relations between the world’s two largest economies have grown strained in recent years over issues like tariffs, Taiwan, intellectual property, the removal of Hong Kong’s autonomy and disputes over the South China Sea, among others.

Xi struck a milder tone in a separate address to APEC leaders on Friday morning as the main event got underway, calling for stability, peace and the development of a “more just world order.”Leaders and representatives from 21 economies on both sides of the Pacific are meeting in the Thai capital for the two-day summit to discuss how best to promote growth in the region, which sits on the fault lines of US-China competition and is grappling with regional tensions and the economic fallout of Russia’s war in Ukraine, reported CNN.

US Vice President Kamala Harris gathered on the sidelines of the summit with leaders from Japan, South Korea, Australia, New Zealand and Canada to condemn the launch in an unscheduled media briefing.

World leaders have arrived in Thailand for their third back-to-back summit this week amid geopolitical tensions over the war in Ukraine.

The APEC forum, which kicks off on Friday, is officially tasked with promoting regional economic integration but is expected to be dominated by the fallout of Russia’s war in Ukraine.

A bilateral meeting between Xi and Kishida, whose relations have been strained by historical and security issues, is among a number of high-profile talks happening on the sidelines of the forum, reported Al Jazeera.

US President Joe Biden, who is attending his granddaughter’s wedding, is not attending and will be represented by Vice President Kamala Harris, reported Al Jazeera.

Russian President Vladimir Putin, who skipped this week’s G20 meeting in Bali, is also not participating and will be represented by First Deputy Prime Minister Andrei Belousov.

Thailand, like G20 host Indonesia, has sought to play down divisions between APEC’s 21 members and emphasise the potential for cooperation on common concerns. (ANI)