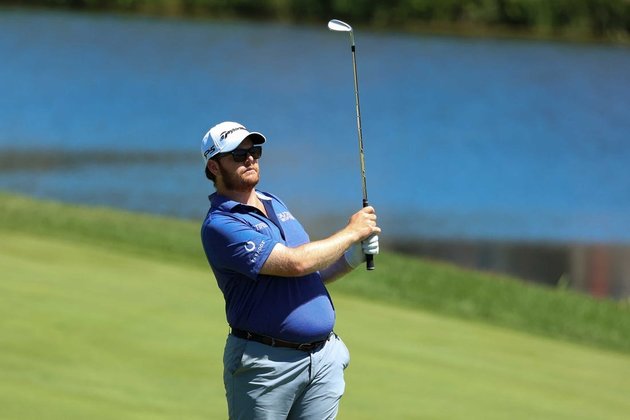 Harry Higgs shot a bogey-free, 7-under 63 to grab a share of the lead after two rounds of the RSM Classic on Friday in St. Simons Island, Ga.

Higgs, Andrew Putnam and Cole Hammer are tied atop the leaderboard at 12-under 130. They have a one-stroke advantage over Sahith Theegala, Joel Dahmen andBeau Hossler.

Higgs rolled in seven birdies at the Seaside Course to tie for the low round of the day. His first two birdies came from 23 and 27 feet away at the second and sixth holes.

“Hopefully you fast forward another couple days and it’s a win that obviously changes my life and my career,” Higgs said. “I’m not really going to worry about that. I’m going to do my best to worry about what I’ve got to do hole by hole, kind of hour by hour even between now and when I tee off tomorrow.”

Putnam shot a 7-under 65 at the Plantation Course after opening with a 65 on Thursday. After starting with three birdies on the back nine and another at No. 2, he rolled in four straight birdies at Nos. 5-8 to get to 8 under before his lone bogey at his final hole of the day, the par-4 ninth.

Putnam has had a hot fall. The RSM marks his eighth straight made cut to start the season, and he finished T2 at the Zozo Championship in Japan last month.

“Trying to reset my priorities,” Putnam said. “Obviously would have been nice to get a win there, had a good chance. I think it makes me hungry to get back in that position because that was a lot of fun to be in.”

Hammer was the sole leader after the first round and followed up Thursday’s 64 with a 66 at the Seaside Course.

Theegala shot a 63 at the Seaside Course, while Dahmen had a 64 and Hossler posted a 67 at the Plantation Course. Theegala wasn’t pleased with his ball-striking but said his putting saved him as he made eight birdies and just one bogey.

“I didn’t really fire anything and it wasn’t like I was absolutely striping a lot of these shots,” Theegala said. “Some of them were mis-hit and stuff, but we were just picking really good targets with (caddie Carl Smith). And yeah, the putter, I could have easily shot 1 or 2 under today and walked away being just fine because I felt like I kind of got a lot out of it, but a lot of putts went in for me, which was a key.”

Besides Higgs and Theegala, Andrew Landry shot a 63 at the Seaside Course to make the cut on the number at 4 under, while Akshay Bhatia posted a 9-under-par 63 at the Plantation Course with an eagle, eight birdies and just one bogey. Bhatia is tied for 28th at 6 under.