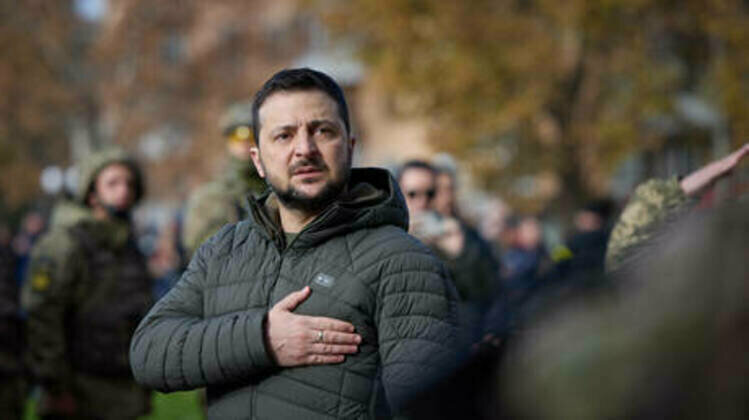 Ukrainian President Vladimir Zelensky has made the people in his country “suffer,” former Japanese Prime Minister Yoshiro Mori has said. He added that the media in Japan is biased in its coverage of the Russia-Ukraine conflict.

“I don’t quite understand why only [Russian President Vladimir] Putin is criticized while Mr. Zelensky isn’t taken to task at all. This is problematic. Mr. Zelensky has made many Ukrainian people suffer,” Mori said in a speech at a political event in Tokyo on Friday, as quoted by Kyodo News.

“The Japanese media is biased towards one side. It is influenced by reports from the West. I can’t help but feel that they only rely on European and American reports,” he added.

Mori criticized Prime Minister Fumio Kishida’s position on the conflict as “one-sided” and inclined towards the US.

Mori also warned that Russia could “use nuclear weapons” if the situation deteriorates. Putin reaffirmed last month that Moscow will adhere to its nuclear doctrine, which states Russia would use its nuclear arsenal only in response to an attack with weapons of mass destruction or “if the existence of the state itself is at stake.”

After holding various cabinet posts in the 1980s and 90s, Mori served as prime minister from 2000-01. He later led the organizing committee of the Tokyo 2020 Summer Olympics, but stepped down months before the event kicked off due to sexist remarks he made at a meeting.

Japan, along with many Western countries, imposed sanctions on Russia after it launched its military operation in Ukraine in late February. Moscow responded by blacklisting more than 380 Japanese legislators and banning Kishida and other top cabinet members from entering the country.