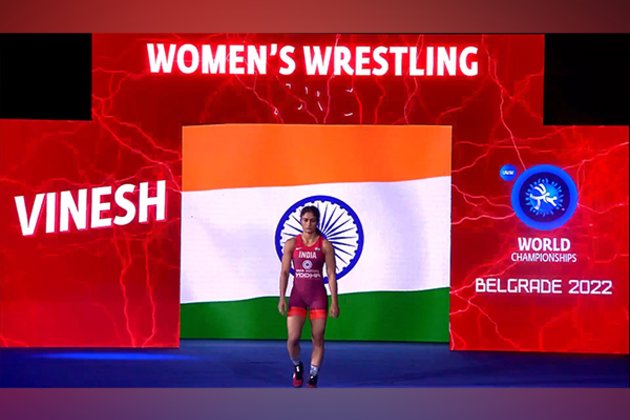 The three-time CWG gold-medalist overpowered her Swedish opponent to win the match 8-0.

She had won two of her repechage matches against Asian Games silver-medallist Zhuldyz Eshimova of Kazakhstan in the first repechage round and Azerbaijan’s Leyla Gurbanova. Gurbanova withdrew due to an injury.

Phogat, a 2019 world championships bronze medalist, was handed a shocking 7-0 defeat by 2022 Asian championships silver medalist Khulan Batkhuyag of Mongolia in the qualification round on Tuesday. Repechage round wins helped her get back into the competition and secure a medal.

This is her second bronze medal at the Championships. She had previously earned a podium position in the 2019 edition of the tournament at Nur-Sultan, Kazakhstan.

She has opened her country’s medal tally at the 2022 edition of the championships.

India’s u-23 bronze medalist Nisha Dahiya will also fight for bronze in the women’s 68 kg category after loss to U20 world champion Ami Ishii of Japan in the semis.

Also, Sarita Mor, the 2021 World Championships bronze medalist could not repeat her past success after she lost to U23 world champion Anhelina Lysak of Poland in her round of 16 bout in the women’s 57 kg category.

Junior Asian champions Mansi Ahlawat and Reetika also faced early exits from the competition, with the former earning a quarterfinal finish and the latter exiting in the qualification round.

CWG 2022 gold medalist Naveen Malik will be in action on Thursday. (ANI)