HomeLatestThere is no shortage of fertilisers in state, will not tolerate those...
Latest

There is no shortage of fertilisers in state, will not tolerate those who spread anarchy: CM Chouhan 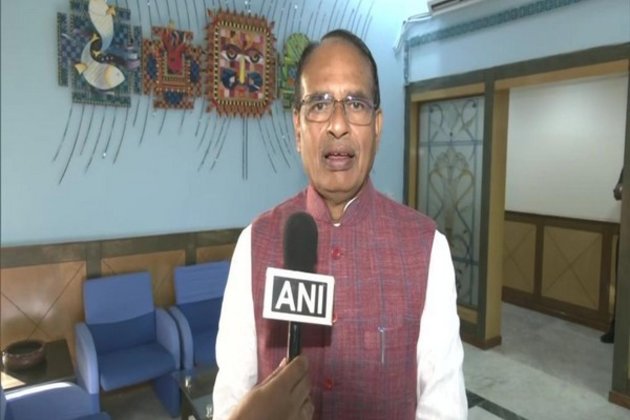 Bhopal (Madhya Pradesh) [India], November 11 (ANI): Chief Minister Shivraj Singh Chouhan has said that there is no shortage of fertilisers anywhere in the state and people who are spreading anarchy in the name of fertilisers will not be tolerated.

He made the remark during addressing a program on the occasion of the birth anniversary programme of former CM Late Sunderlal Patwa at Sultanpur in Raisen district on Friday. Chouhan also unveiled the statue of the Late Patwa on the occasion.

Underlining the personality and work of Patwa, Chouhan said, “The state government is engaged in the welfare of the poor class of the society. The benefit of every beneficiary-oriented scheme would be ensured to every poor.”While reviewing the Mukhya Mantri Janseva Abhiyan on the stage, he instructed the Collector to ensure that no poor remains without ration, everyone should get the benefit of the Ujjwala scheme.

CM Chouhan said, “Self-help groups are being linked to making our women self-reliant. Efforts are being made to increase the income of women to Rs 10,000 a month. In order to overcome the problems faced by women in rural areas for water supply, work is being done to supply water from the tap in every household under Jal Jeevan Mission. In order to increase the income of the farmers, the area under irrigation is being continuously increased. New water structures are being built. Rainwater is being stored. Wheat, moong, paddy and other produce are being purchased at the support price.”Chouhan also said that many development works were being done in Bari, Sultanpur, Mandideep and Obaidullaganj by MLA Surendra Patwa.

He said, “Industries have to be developed in this area. We will leave no stone unturned to serve the people better. Under the Mukhya Mantri Janseva Abhiyan, the benefits of the government schemes are being given to the beneficiaries by resolving the problems of the people.” (ANI)