HomeLatestStudy finds how Ceramics with an oxygen storage capacity play a crucial...
Latest 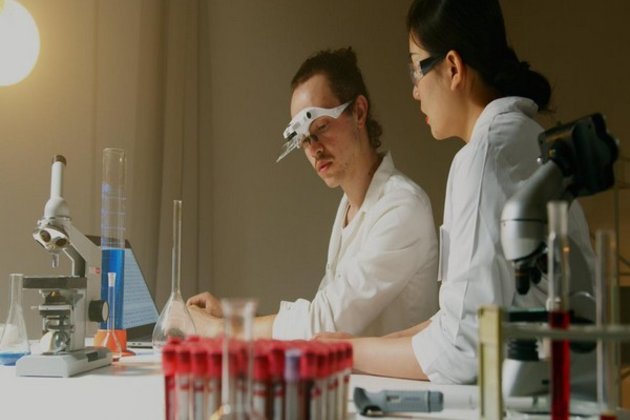 Tokyo [Japan], November 8 (ANI): Even though electric cars (EV) are a major topic of discussion when it comes to lowering vehicle emissions, sales of EVs in Japan will only account for 1 per cent of new car sales in 2021. It is anticipated that the European Union would soon adopt tighter emission limits. This makes enhancing the efficiency and performance of exhaust gas purification catalysts in gasoline or diesel-powered cars a crucial part of the effort to achieve carbon neutrality.

The findings were published in the ournal of Materials Chemistry A.

Nearly all petrol or diesel cars are equipped with catalytic converters that remove harmful hydrocarbons, carbon monoxide and nitrogen oxide and convert them into safer gases such as nitrogen, carbon dioxide and water vapor. The toxic gases flow through a honeycomb structure, coated with exhaust gas purifying catalysts.

Ceramics with an oxygen storage capacity (OSC) play a crucial role in the purification process. They help remove noxious gases and prevent the precious metals in catalytic converters from coarsening, which degrades their purification capabilities.

To improve their potential, however, a lower operating temperature is required. But scientists have struggled to achieve this since reducing the temperature to less than 500 oC results in slower ion diffusion.

Now, a research group at Tohoku University’s Graduate School of Engineering has developed a Cerium-Zirconium-based (Ce-Zr) oxide with excellent OSC at 400 oC by controlling its crystal structure. The OSC at 400 oC was higher than conventional materials by a factor of 13.5, even without precious metal catalysts.

“The key to our success was introducing a tiny amount of transition metals, such as iron, to the Ce-Zr-based oxides,” said Professor Hitoshi Takamura, leader of the research group.

The ‘transition metal doping’ had two notable effects in the oxides. It accelerated the oxygen diffusion by easing the formation of oxygen vacancies and promoted cation ordering.

The iron doping reduced the cation-ordering temperature, which in turn enabled a larger surface area for the Ce-Zr-based oxides. This enhanced their durability and ability to purify toxic gases. (ANI)