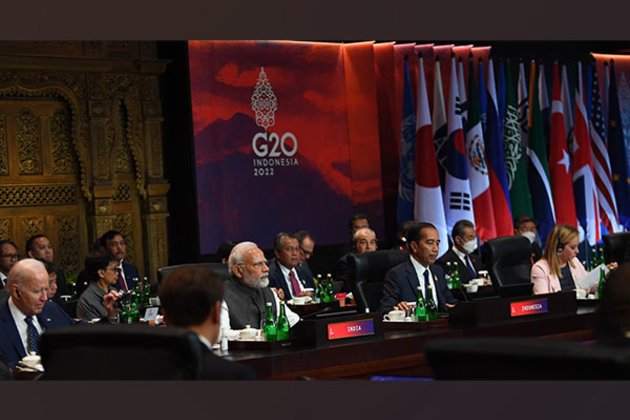 In the opening remarks of the second working session, Indonesian President Joko Widodo said, “Developing countries must be empowered as part of the solution. Gaps in health capacity must not be allowed. Developing countries need empowering partnerships, they must be part of the global health supply chain.””These can only happen if investment in the health industry is increased, cooperation on researchtechnology transfer is strengthened as well as access to the material for developing countries is widened,” he added.

Prior to the session, PM Modi attended the leaders’ lunch. In the morning Prime Minister also attended the G20 working session on Food and Energy Security where he reiterated India’s long-standing position in favour of dialogue and diplomacy in Ukraine and said “‘We have to find a way to return to the path of the ceasefire” in Kyiv.

He also said, “I have repeatedly said that we have to find a way to return to the path of ceasefire and diplomacy in Ukraine.”PM Modi, who arrived in Bali on Monday, said, “Over the past century, the Second World War wreaked havoc in the world. After that, the leaders of that time made a serious effort to take the path of peace. Now it’s our turn. The onus of creating a new world order for the post-Covid period lies on our shoulders. The need of the hour is to show concrete and collective resolve to ensure peace, harmony and security in the world.”Referring to India as the “holy land of Buddha and Gandhi” PM Modi said that he is confident that the next year when G20 meets they will all agree to convey a strong message of peace to the world.

“Prime Ministers @narendramodi and @RishiSunak in conversation during the first day of the @g20org Summit in Bali,” PM Modi’s Office said in a tweet.

This is the first face-to-face meeting that took place between both leaders. Earlier, in October, PM Modi and Sunak spoke on the phone and emphasized the importance of an early conclusion of “a balanced and comprehensive” Free Trade Agreement between the two countries.

“Deliberations with an important developmental partner in Africa. PM @narendramodi interacted with President @Macky_Sall, the President of Senegal and Chairman of the African Union. @PR_Senegal,” PMO tweeted.