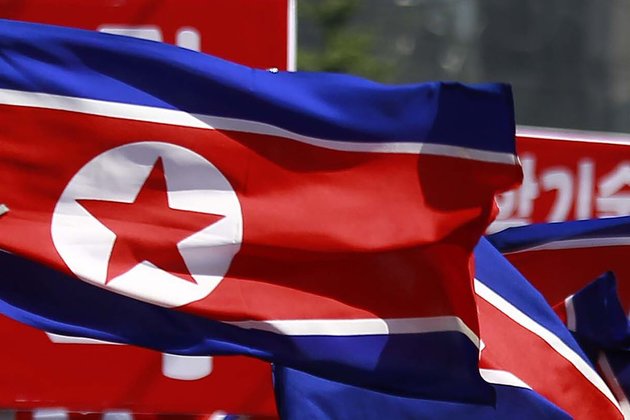 Pyongyang blasted Washington and Seoul for their ?reckless military movements? amid the latest round of war games

North Korea has condemned the US and South Korea after the two allies launched a massive joint military drill, suggesting the air exercises are preparation for a nuclear strike on the DPRK, while vowing to take “all necessary measures” to defend itself.

In a statement carried by the state-run Korean Central News Agency (KCNA) on Monday, an unnamed Foreign Ministry spokesperson called the drills “an aggression-type war exercise with the basic purpose of hitting strategic targets of the Democratic People’s Republic of Korea,” saying they risk “serious confrontation with great powers.”

“Nowhere in the world can we find a military exercise with an aggressive character like the joint military exercise held by the United States and its followers in terms of duration, scale, content and density,” the official said.

After a flurry of joint exercises held in April, August, September, and October – some of which included Japan – the spokesperson claimed Monday’s aerial drills were the “largest-ever” in history, and showed that “the US nuclear war script against the Democratic People’s Republic of Korea has entered the final stage.”

Dubbed ‘Vigilant Storm’, the US-South Korean exercise is set to continue until Friday and will see both countries deploy hundreds of warplanes, with Seoul hoping the drill will strengthen its “operational and tactical capabilities” in order to “deter and respond to North Korean provocations.” The aircraft will fly some 1,600 practice sorties, “the largest number ever for this annual event,” according to the US Air Force, which said the flights will help pilots “hone their wartime capabilities.”

The North Korean spokesperson said the exercises were part of a plot to “provoke us militarily to induce countermeasures and shift the responsibility,” denying that the military maneuvers are “defensive,” as maintained by the US and the South.

“We are ready to take all necessary measures to protect the sovereignty of the country, the safety of our people and our territorial integrity from external military threats,” the official said, adding that Washington will “pay an equal price if it attempts to use force against the Democratic People’s Republic of Korea.”

The war games come amid an escalation on the Korean Peninsula – which the North Korean official deemed “the hottest spot in the world with the highest level of military tension.” After years of relative quiet following several rounds of diplomacy under US President Donald Trump and South Korean President Moon Jae-in, Pyongyang has conducted a record number of missile tests in 2022.

The DPRK insists its nuclear arsenal is for defensive purposes only, though has vowed to launch its weapons “automatically and immediately” if they ever come under threat of attack.