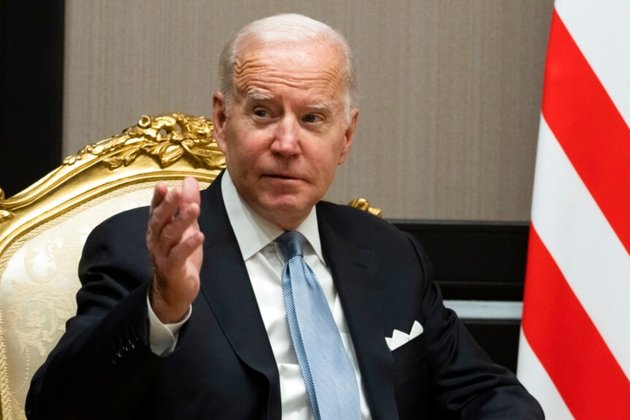 PHNOM PENH, CAMBODIA – U.S. President Joe Biden is in Phnom Penh, Cambodia, this weekend for meetings with Southeast and East Asian leaders as the region faces a worsening violent crisis in Myanmar and ongoing threats from North Korea.

“The president will use this opportunity to discuss how we can coordinate more closely to continue to impose costs and raise pressure on the junta in Naypyidaw as they continue to take steps that repress and oppress their citizenry and move that country further away rather than closer to the democratic path it was on before the coup,” Jake Sullivan, U.S. national security adviser, told reporters aboard Air Force One on the way to Phnom Penh on Saturday, referring to the February 2021 military takeover in Myanmar.

In Phnom Penh, he will participate in a summit with leaders of the Association of Southeast Asian Nations, and in the East Asia Summit, which includes the 10 ASEAN countries and dialogue partners Australia, China, India, Japan, New Zealand, South Korea, Russia, and the United States.

Biden heads to Bali, Indonesia, on Sunday for the Group of 20 summit with leaders of the world’s 20 largest economies.

ASEAN leaders Friday issued a warning to Myanmar’s junta to make measurable progress on the five-point consensus peace plan adopted in April 2021 or continue being barred from the bloc’s meetings.

In October, amid escalating violence in Myanmar since the military coup against the elected government led by Aung San Suu Kyi, ASEAN agreed to exclude the head of its military junta, Gen. Min Aung Hlaing, from this month’s gathering of the 10-nation bloc. The country would only be permitted to send “non-political representatives.”

According to the United Nations, more than 13 million people in Myanmar are going hungry and 1.3 million have been displaced with the military continuing its operations with disproportionate force, including bombings, the burning of homes and killing of civilians.

Indonesia’s President Joko Widodo, who will assume ASEAN’s chair next year, said his country is “deeply disappointed the situation in Myanmar is worsening.”

“We must not allow the situation in Myanmar to define ASEAN,” he said. He called for expanding the participation of only non-political representatives beyond the bloc’s biannual summits and foreign ministers’ meeting.

Naypyidaw has further aligned itself with Russia following Russian President Vladimir Putin’s invasion of Ukraine, while Moscow has provided Myanmar’s junta with weapons and backed it diplomatically. At the U.N. Security Council, Russia and China have shielded Myanmar from action from the world body.

In October, Tom Andrews, the U.N. special rapporteur on human rights in Myanmar, said the same Russian weapons being used in Ukraine were also killing people in Myanmar. He called for an international coalition to target Myanmar’s military junta with sanctions and an arms embargo.

North Korea recently deployed military flights near its border with South Korea and test-fired a barrage of missiles, saying they were a “corresponding military operation” aimed at conducting simulated strikes in response to large-scale South Korea and U.S. allied air drills.

Sullivan said that Biden will raise the issue with Chinese President Xi Jinping in their Monday meeting scheduled on the sidelines of the G-20 summit in Bali, and convey that Pyongyang represents a threat across the entire region beyond U.S. allies South Korea and Japan.

“And if North Korea keeps going down this road, it will simply mean further enhanced American military and security presence in the region,” he said. “And so, the PRC [People’s Republic of China] has an interest in playing a constructive role in restraining North Korea’s worst tendencies. Whether they choose to do so or not is of course up to them.”