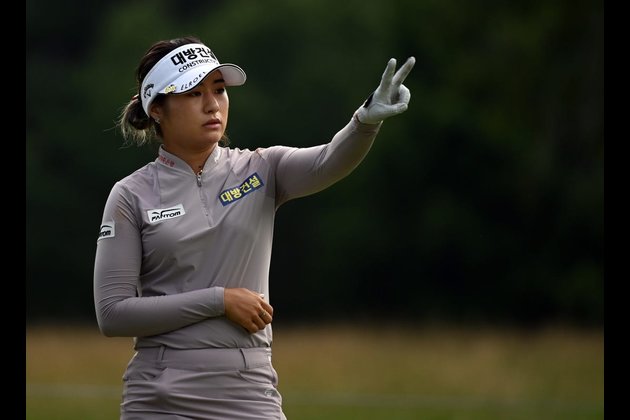 Momoko Ueda enters the weekend with a one-shot advantage atop a crowded leaderboard at the Toto Japan Classic in Shiga, Japan.

The two-time tournament champ moved to 10-under with a 3-under-par 69 in Friday’s second round at the Seta Golf Club. Chasing her are Miyu Yamashita (68 Friday) and Ai Suzuki (70) at 9-under and Sakura Koiwai (70) at 8-under.

South Korea’s Jeongeun Lee6 (68) and two other Japanese players — Saika Fujita (66) and defending champion Ayaka Furue (71) are another shot back at 7-under.

After going bogey-birdie-bogey on 9-10-11, Ueda responded with three birdies in the final six holes. The highlight was a long-distance birdie putt on the par-4 17th.

“My tee shots and putts were not so good compared with yesterday and I was thinking during the round that it is going to be a tough day,” Ueda said. “In such a situation, I played well enough today.”

Yamashita and Suzuki, the 2019 champion, both carded their second straight bogey-free rounds.

“Actually, I feel my shots were much better yesterday than today,” Suzuki said. “Hope today is the worst day of this week. I need 60s for the next two days.”

Six players are tied for eighth at 6-under, including World No. 1 Atthaya Thitikul of Thailand. Starting on the back nine, the 19-year-old got hot with five birdies over holes Nos. 1-7.

“I still think like this course is pretty challenging for us. Pretty narrow fairways and pretty slopey greens. I think it depends on the day, because I think today it’s been my day. I mean, I hit it close, made the putts,” said Thitikul, who has hit 20 of 28 fairways and 30 of 36 greens in the first two rounds. “We’ll see how the next two rounds are going to be.”

Lee6 posted one bogey and five birdies on Friday, including three in her final four holes.

“I played well today, and I hit it on the green, good second shots, so I gained a lot of confidence,” Lee6 said.

Canada’s Maude-Aimee Leblanc withdrew during the second round due to illness.