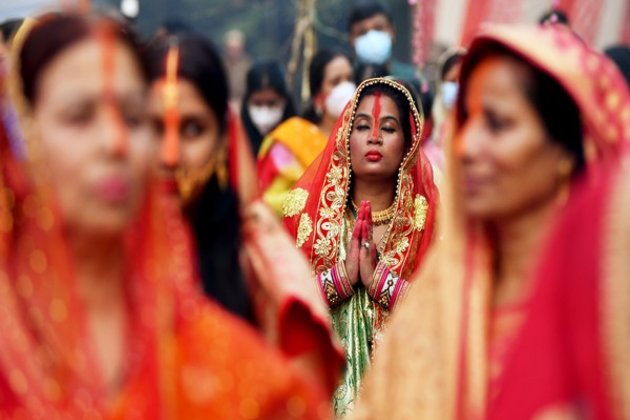 People worship the Sun God during the festival, which will be celebrated between October 28-31 this year.

Talking about the preparation, Delhi Chhath Puja Samiti Vice President Anil Singh said that the samite will organise cultural programmes and ‘bhandara’ for devotees this year.

“There would be facilities for taking rest to the relatives of the devotees,” he said.

Singh expected for more rush this year in the festival as people will be celebrating Chhath after two years of restriction due to the Covid-19 pandemic.

“We met the District Magistrate. Delhi Police, Civil Defence and our Delhi Chhath Puja Samiti workers will be available all the time and CCTV will also be fitted at every place for surveillance of the rush,” Singh said.

It is known that foam appearing in the Yamuna is a big problem in Delhi. It comes to the fore every year when pictures come out of people performing Chhath Puja standing amidst white foam.On being asked about the problem of foam in the Yamuna during Chhath in Delhi every year, Singh said that the water of the Yamuna is clean this year as compared to the past.

“This year, Yamuna is clean because the flood came late,” he said.

“In 1984, Chhath was celebrated for the first time here on the Yamuna ghat. In 2007 a ghat was built by the then Delhi Chief Minister Sheela Dikshit,” Secretary of Delhi Chhath Puja Samiti Barrister Singh said while talking about the history of the Yamuna ghat.

Chhath Puja is one of the most auspicious festivals in Bihar, Jharkhand and Eastern Uttar Pradesh. The four-day-long festival starts with the ‘Nahai Khai’ ritual and ends with ‘Usha Arghya’ (prayers to the rising sun).

The festival is dedicated to Surya Bhagwaan (Sun God), which people believe sustains life on Earth.

Chhath Puja will be celebrated along the Yamuna river this year as Delhi Chief Minister Arvind Kejriwal has approved the allocation of Yamuna Ghats for the celebration.

While talking to ANI earlier, Delhi Revenue Minister Kailash Gahlot said, “Keeping in view the religious and spiritual beliefs and sentiments of lakhs of people from UP and Bihar living in Delhi, CM Kejriwal has approved my proposal to allow the celebration of Chatth Puja at different Ghats along the Yamuna River.”He further said that the government is geared to provide facilities to the devotees at around 1,100 Ghats.

“Delhi Government has always facilitated the occasion by providing various facilities in the form of construction of Ghats, ensuring cleanliness around the places where offerings are to be made by the devotees etc. This year too, the administration is all geared up to provide the facilities to the devotees at around 1,100 Ghats,” he said.

“Earlier, a concern was conveyed regarding the construction of Puja Ghats near Yamuna River and the offerings by the devotees at such Ghats which might lead to pollution in the river. Various orders and instructions issued by the National Green Tribunal, as well as the directions issued by the National Mission for Clean Ganga, had been brought to the notice of the Government.”On being asked about the problem of foam in the Yamuna during Chhath in Delhi every year, Kailash Gehlot said that “Delhi government is trying to prevent such problem this year. Together with the Jal Board and the Flood and Irrigation Department, it is our endeavour to ensure that the level of water in the Yamuna remains good during those days. Since the water comes from Haryana, we are also appealing to the Haryana government.” (ANI)