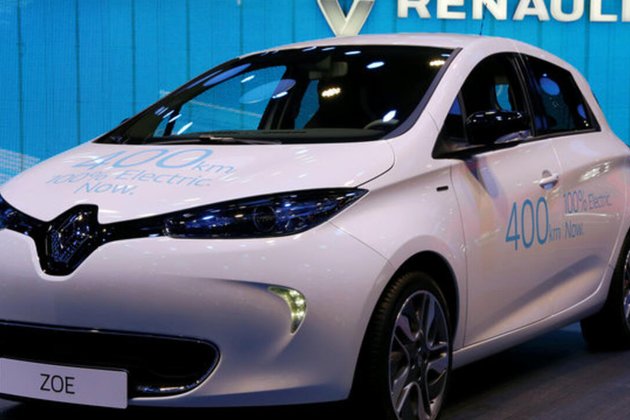 French car company Renault has unveiled a sweeping green revamp, splitting its operations in two: a new electric vehicle unit and a subsidiary for petrol, diesel and hybrid cars that will pair up with China’s Geely.

The car maker’s flagship division following the reorganisation will be called Ampère, and will aim to produce a million electric vehicles by 2031.

The new division will employ around 10,000 staff in France.

The overhaul comes against a background of expectations that the electric vehicle market will grow rapidly in response to consumer worries about climate change.

The European Union last month agreed to phase out new CO2-emitting vehicles by 2035, a move set to turbo-charge the production of electric prototypes on the continent.

Ampère will produce the new Renault 5 and Renault 4 in northern France and will target more than 30 percent growth annually over the next eight years.

Renault said it would list Ampère on the Euronext Paris stock exchange in the latter half of 2023 and invite investment but will retain “a strong majority”.

Renault — of which the French state and car maker Nissan each own 15 percent — has still to confirm the part that its Japanese partner will play in the new electric division.

For hybrid and internal-combustion vehicles, Renault plans to combine its technological, manufacturing and research and development activities with Chinese automaker Geely.

The 50-50 partnership with the Chinese group — owner of Volvo — will develop and produce engines, gear boxes and other components for hybrid and petrol and diesel vehicles.

It will employ 19,000 people in Europe, China and South America, and have 17 factories and five research and development centres.

“We are designing an agile and innovative organisation to manage the volatility and accelerated technological evolution of our time,” said Renault chief executive Luca de Meo.

In the wake of the announcement, Renault shares climbed 3.77 percent on the Paris stock market.