HomeLatestAdityanath govt to launch a statewide campaign against communicable diseases from Oct...
Latest 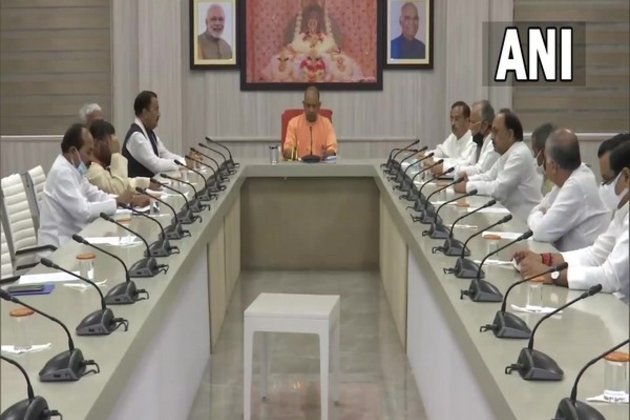 In the months of April and July 2022, two stages of the Communicable Disease Control Campaign and ‘The Dastak Campaign’ were carried out in all 75 districts of the state, an official statement said.

The encephalitis and vector-borne disease prevention programme will be run by as many as 11 departments. Workers from ASHA-Anganwadi will go door to door during the campaign to identify those with TB, the flu, fever, malnourished children, and other illnesses like ILI (Influenza Like Illness). The report will be delivered to the health department, an official statement said.

The Uttar Pradesh government has made every attempt to address the health issues posed by vector-borne and other seasonal diseases.

The campaign will include participation from UNICEF and the World Health Organization (WHO). At the state level, nodal officers will be chosen from each department to ensure the campaign runs well. Meetings with the nodal officers would be held periodically to track campaign-related actions.

A major focus of the programme is raising awareness about vector control, hygiene, garbage disposal, preventing water logging, and the availability of clean drinking water.

As part of the campaign, door-to-door distribution of zinc tablets, ORS packets, and chlorine tablets to purify water will be held keeping in mind the acute diarrhoea cases.

After the end of the campaign, the teams will send the interdepartmental report to the mail of the Communicable Disease Unit and Directorate General of Health Services.

To raise awareness of vector-borne diseases, the Education department will host poster, discussion and quiz contests while the Department of Empowerment of Persons with Disabilities will conduct a survey and provide children with disabilities owing to Japanese Encephalitis and Acute Encephalitis Syndrome with assistive devices during the campaign.Additionally, anti-larvae medications and fogging agents will be sprayed in both urban and rural regions, whereas dirty areas will be identified and a cleanliness drive launched there on a massive scale. (ANI)