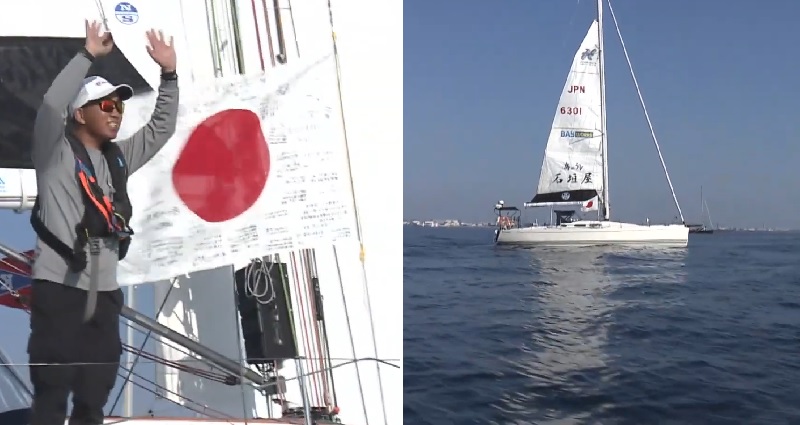 A Japanese man set sail over the weekend to pursue his dream of becoming the youngest Japanese person to sail nonstop around the world alone.

“I finally got the feeling that I’ll be traveling around the world after I came to the venue,” Kimura told reporters at a press conference before his departure. “I want to accomplish it so that I can know my limits. I want to enjoy the ocean, the blue sky and the scenery of nature.”

Days before Kimura’s departure, Icom Inc., a Japanese company that manufactures wireless communication products, announced that it would be providing him with a marine transceiver to support him on his journey to become the youngest Japanese person to sail around the globe unassisted.

Kimura aims to beat current record-holder Kojiro Shiraishi, who completed a nonstop 176-day trip around the world at the age of 26 years and 10 months in 1994. Kimura, who works at Hamada Co., Ltd., plans to complete his journey in about 190 days.

According to Icom, Kimura will start his six-month journey by sailing “southward through the Pacific Ocean near the Hawaiian Islands, passing around Cape Horn, the southernmost point of the American continent, in an easterly direction. After that, his voyage will continue toward the African continent, past the Cape of Good Hope, and then sail eastward across the Indian Ocean, then northward around Australia and New Zealand before returning to Japan.”

Born in Hiji in Japan’s Oita prefecture, Kimura reportedly competed in a national competition during his third year as a member of his high school yacht club, finishing in 15th place. After graduating from high school, he would reportedly spend his free time sailing as part of Japan’s Maritime Self-Defense Force. He was inspired to travel around the globe after seeing Shiraishi participate in a yacht race on TV.

More from NextShark: Aspiring TV Star Robs Bank of $90,000 in 5 Minutes in Vietnam