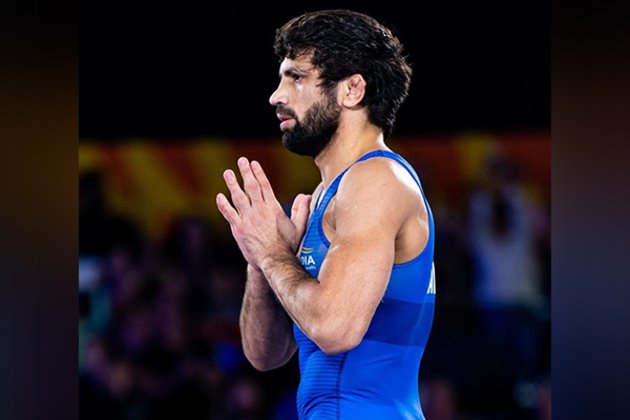 Dahiya, a bronze medallist at the 2019 world championships, began the day by getting the better of Romania’s Razvan Marian Kovacs 10-0 via technical superiority in the 57kg qualification round.

However, the he lost to 2020 Asian champion Gulomjon Abdullaev of Uzbekistan 10-0 in his second bout of the day.

Dahiya, who won gold at the Commonwealth Games 2022 last month, trailed Abdullaev 8-0 at the end of the first period. Dahiya then conceded another two points early in the second period to lose via technical superiority.

The Indian’s hopes for a bronze medal also faded with Gulomjon Abdullaev failing to make it to the final later in the day.

On Thursday, Malik lost his qualifying round bout to eventual finalist Taishi Narikuni of Japan 6-1 and was pulled into Friday’s repechage rounds.

Malik defeated 2021 Asian champion Syrbaz Talgat of Kazakhstan 11-3 in the first round of the repechage and got a walkover from Ilyas Bekbulatov of Uzbekistan in the second repechage round owing to an injury to the latter.

However, the 18-year-old ran into Tokyo 2020 bronze medallist and three-time world champion Kyle Dake of the USA in the quarter-final and was pinned in the very first minute of the bout.

Kyle Dake then defeated reigning Asian champion Yones Aliakbar Emamichoghaei of Iran in the semi-finals to pull Sagar Jaglan into the repechage.

Vicky Hooda, competing in the 92kg division, lost 4-3 to Poland’s Radoslaw Marcinkiewicz in the qualification.

Bajrang Punia, India’s most successful wrestler at the world championships with three medals, will take the mat in the 65kg category on Saturday.

Vinesh Phogat’s bronze remains the only medal for India at this edition of the world championships. (ANI)