HomeLatestWhat is Mahāyāna Buddhism? A scholar of Buddhism explains
Latest

What is Mahāyāna Buddhism? A scholar of Buddhism explains 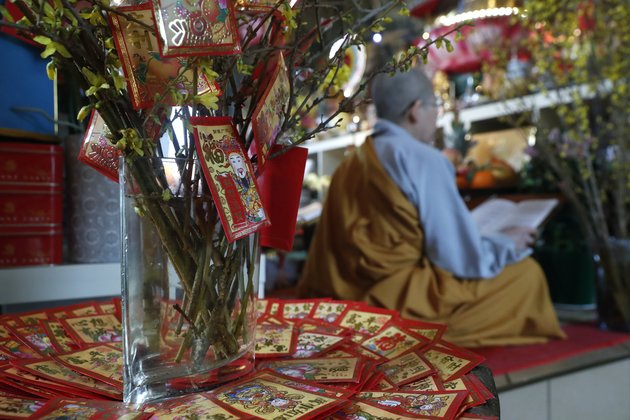 Mahāyāna is the name of one of the two primary branches of Buddhism. The word is formulated from the Sanskrit “mahā,” meaning great or large, and “yāna,” meaning vehicle. Taken together, the term can be translated as the Great Vehicle.

As I explain in my book “Buddhish: A Guide to the 20 Most Important Buddhist Ideas for the Curious and Skeptical,” Mahāyāna is the most popular type of Buddhism in the world today.

How is Mahāyāna different?

There has been considerable scholarly debate about precisely how the Mahāyāna emerged. Early Buddhism in India advocated that followers apply themselves to the practice of meditation to become enlightened individuals, or “arhats.” Scholars believe that Mahāyāna emerged in the first centuries A.D. as a movement among devout monastics who were interested in methods that would allow one to progress toward enlightenment more rapidly than through meditation alone.

Some of the most important Mahāyāna practices included memorizing, chanting, listening to, copying and worshiping scriptures or “sūtras.” Its practitioners were also interested in ways to accumulate karmic merit or good karma as a means of propelling themselves along the path to Buddhahood.

Over time, Mahāyāna developed into a new kind of Buddhism that differed markedly from earlier forms – which it often has denigrated as the Lesser Vehicle or “Hinayāna.”

Mahāyāna became notable for significant developments in Buddhist doctrine and philosophy. Popular Mahāyāna scriptures such as the Lotus Sūtra and the Flower Garland Sūtra also introduced a much more elaborate pantheon. Rather than just one Buddha named Siddhartha Gautama, there were many Buddhas. Each lived within its own world or dimension, called a Pure Land or Buddha Field or buddhakṣetra.

Additionally, Mahāyāna Buddhism introduced celestial bodhisattvas, powerful deities who helped the Buddhas and looked out for suffering beings across the universe. Practices such as prayer, offerings and chanting the names of Buddhas and bodhisattvas became popular among devotees who sought their blessings.

Mahāyāna around the world

It’s best to think of Mahāyāna Buddhism as a colorful and loose-knit family of Buddhist traditions rather than a singular school or sect. Carried by merchants and missionaries across the Silk Road and maritime trade routes, Mahāyāna was the form of Buddhism that was most readily adopted beyond India. By the fifth century, it was widespread across Asia from Afghanistan to Japan, and from Tibet to Indonesia.

Mahāyāna Buddhism continued to develop over the succeeding centuries as waves of influence continued to spread outward from India. In addition, local culture was a major factor in the development of regional types of Mahāyāna, resulting in traditions as diverse as Zen in Japan and Vajrayāna Buddhism in Tibet.

A pre-Mahāyāna form of Buddhism called Theravāda Buddhism still remains popular in Sri Lanka and mainland Southeast Asia today. However, the vast majority of Buddhists in historical and contemporary times have been followers of Mahāyāna. Notable Mahāyāna leaders in the current era include the 14th Dalai Lama and the late Thich Nhat Hanh.