HomeLatestWay Back When: London calling!
Latest

Way Back When: London calling! 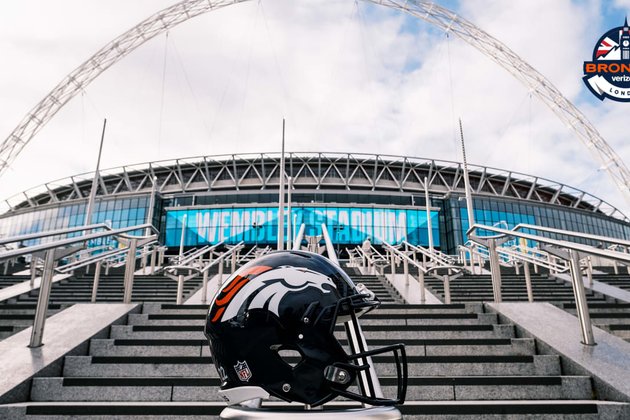 Virtually all Denver Broncos fans know that this week the Broncos play the Jacksonville Jaguars in London, with the game slated for Sunday morning (Denver time) at historic Wembley Stadium.

Like a lot of things, Broncos fans are aware of it because it is their team doing it.

But what is the history of the Broncos playing on foreign soil?

Did you know this is the ninth time the Broncos have played a game outside the United States, and that this is over a 36-year period?

This will be the second time the Broncos have played a regular-season game in London, but once upon a time the NFL had a series of games called the “American Bowl” series, and the Broncos and San Francisco 49ers played the third- and second-most games in this series, respectively. This was back in the day when we had John Elway and the 49ers had Joe Montana, and for a decade it seemed like every year one of the two teams was either playing an American Bowl game or going to the Super Bowl.

Because of the television numbers the first game produced, it did not take the NFL owners long to make the American Bowl games a continuing series.

The Broncos played their first game in London in 1987 against the Los Angeles Rams, and Denver later played in Tokyo against Seattle at the Tokyo Dome in 1990, and at Olympiastadion in Berlin in 1992.

In 1991, the NFL launched the World League of American Football, the first sports league to operate on a weekly basis on two separate continents. By then, speculation was heavy about the NFL’s desire to play regular-season games in London.

Meanwhile, the Broncos had become the only AFC team to make three Super Bowl appearances in the 1980s, and this was reflected in their continued selection to play outside the United States.

The Broncos played against the Los Angeles Raiders in Barcelona’s Olympic Stadium in 1994. Then, in 1995, the Broncos played in Tokyo again, with that being the now famous game in which Pro Football Hall of Famer Terrell Davis earned his first major notice with a crushing tackle on Denver’s kickoff team.

In 1997, the Broncos played before our largest and perhaps the most rabid crowd ever, as 104,629 fans watched Denver play against the Miami Dolphins in Mexico City.

For the game in Mexico City, head coach Mike Shanahan signed and added to our roster Mexican native and former World League wide receiver Marco Martos. Martos had blazing speed, so Mike also opted to let him return kickoffs. He did so, and also caught one pass. After the game, he was interviewed on television, and I was never so glad to see that a stadium had both a moat and a fence, which fans attempted to scale to get closer to Martos. When the interview ended, Martos and I sprinted to the safety of Denver’s locker room!

The team won back-to-back Super Bowls in 1997 and 1998, increasing world wide popularity. So in 1999, Denver was chosen to play the San Diego Chargers in Stadium Australia, an American Bowl game in Sydney that was attended by 73,811.

In the current century, the NFL opted to play one regular-season game in London when it began its International Series, and then it expanded to two and then four by 2019. Now it is back to two London games per year, and this year they expanded play to Germany, as well.

The Broncos played our first regular-season game in London on Oct. 31, 2010, dropping a 24-16 contest to the San Francisco 49ers. That game was watched by 83,941 in Wembley Stadium, which at that time was the finest venue in which I had ever seen an NFL game.

No one can predict the future, and speculation abounds that the NFL might eventually expand to London, perhaps even putting two teams there and creating a European division that includes Germany.

One thing we can say with certainty is that the NFL will continue playing games overseas, and that as the popularity of American football continues to grow worldwide, the Denver Broncos were there at the beginning and had a major role in the international development of our game.