US strengthens ties with ASEAN as Biden announces more aid 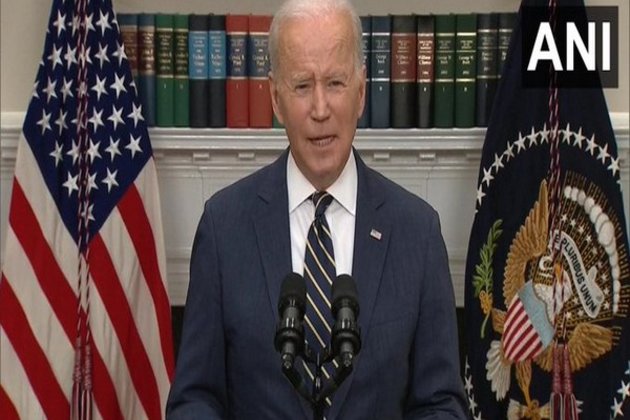 Phnom Penh [Cambodia], November 14 (ANI): Amid the increasing influence of China in Southeast Asia, the US on Saturday announced over USD 250 million in aid in new initiatives with the Association of Southeast Asian Nations (ASEAN).

US and ASEAN enhanced their ties to a “comprehensive strategic partnership.” After attending the COP27 climate summit in Egypt, Biden travelled to meet ASEAN leaders in Cambodia. In his remarks, Biden emphasised that “ASEAN is at the heart of my administration’s Indo-Pacific strategy.”Biden termed the partnership between ASEAN and US as the “beginning of new era.” The US-ASEAN took place on a day when a summit between bloc members and three key Northeast Asian players – China, Japan and South Korea was also scheduled.

“We will tackle the biggest issues of our time, from climate change to health security; defend against the significant threats of a rules-based order and to the threats to the rule of law; and to build an Indo-Pacific that is free and open, stable and prosperous, resilient and secure,” Biden said at the ASEAN summit.

In his first visit to Southeast Asia as US President, Joe Biden stressed that two sides will “tackle the biggest issues of our time,” including global warming, “significant threats to the rule-based order” and”threats to the rule of law.” Joe Biden said that the US is “putting resources behind our approach, not just rhetoric.”Biden stated that under his administration, the US has announced over $250 million in new initiatives with ASEAN, according to the statement released by the White House. US President has requested for USD 825 million in assistance for Southeast Asia in 2023.

A White House fact sheet said that the US is giving more than USD 860 million in assistance to ASEAN partners in 2022. Citing the White House fact sheet, the report said that the money will be used for “clean energy transition, access to education, strengthened health systems, security modernization efforts, rule of law and human rights and more.”Earlier in May, US President Joe Biden announced USD 150 million when he hosted a special summit with ASEAN leaders in Washington in May. Citing analysts, the Nikkei Asia report said that the US is trying to maintain ties with Southeast Asia, which considers China as its top trading partner and a major infrastructure funder.

One day prior to Biden’s speech, Chinese Premier Li Keqiang made remarks regarding the Belt and Road Initiative at China’s summit with ASEAN. Li expressed China’s willingness to work with ASEAN to strengthen the creation of demonstration zones for high-quality Belt and Road cooperation on “industrial capacity.”Li also announced that China has established a fund to support major infrastructure and energy projects in ASEAN. Japan also tried to counter Beijing at the ASEAN meetings in Cambodia. Addressing the ASEAN3 Summit on Saturday, Japanese Prime Minister Fumio Kishida committed to making “investment in quality infrastructure” in sectors, including logistics and information technology.

In a summit between Japan and ASEAN, Fumio Kishida appeared to criticize China for the Belt and Road Loans, as per the news report. In his statement at Japan-ASEAN Summit, Kishida said, “There are widening concerns about opaque and unfair development assistance, but Japan will continue to support sustainable growth.” He further said that his government has loaned around $2 billion toward the ASEAN economy’s pandemic recovery. (ANI)