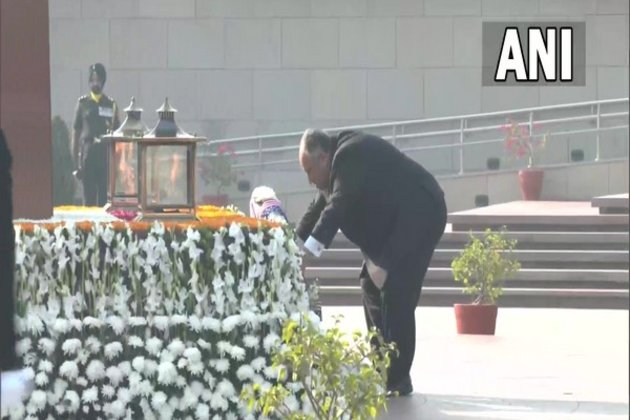 Toro, who arrived in India today, met Defence Secretary Giridhar Aramane and discussed the strategic cooperation of both nations.

Taking to Twitter, the US Navy Secretary said, “Incredible welcome to the great country of India! It was a pleasure to meet with the Indian Defence Secretary Shri Giridhar Aramane to discussreflect on the strategic cooperation of our nations. The USIndiaDefense partnership is a pillar of a FreeAndOpenIndoPacific region.”Earlier, he also visited the US Embassy in India. “When visiting our U.S. @StateDept Embassies abroad, my favourite part is always meeting the Sailors and Marines stationed there. The @USMC Marine Security Groups are 24/7-postured units keeping our fellow Americans safe around the world. Thank you MSG det @USAndIndia!” he said in a tweet.

US and India relations are becoming stronger day by day. Recently, US Treasury Secretary Janet Yellen made an official visit to India to participate in the US-India Economic and Financial Partnership. At that event, Yellen said, “India is one of America’s indispensable partners”.

Speaking at Microsoft India Development Centre, Noida, where she met business leaders, she said, “This is my first visit to India as Treasury Secretary, I am delighted to be here as India celebrates its 75th year of independence and prepares to assume the G20 presidency. As President Joe Biden said, India is one of America’s indispensable partners.”India and US are also part of QUAD, known as the Quadrilateral Security Dialogue. The main aim of Quad is to support a free and open Indo-Pacific and build supply chains.

In July, the US State Department stated that the US-India strategic partnership is founded on shared values including a commitment to democracy and upholding the rules-based international system. The United States and India have shared interests in promoting global security, stability, and economic prosperity through trade, investment, and connectivity.

The United States supports India’s emergence as a leading global power and a vital partner in efforts to safeguard the Indo-Pacific as a region of peace, stability, and growing prosperity.

Recently, US National Security Advisor Jake Sullivan said, “India is the President of G20 next year, so President Biden will certainly intend to be a participant in G20.” (ANI)