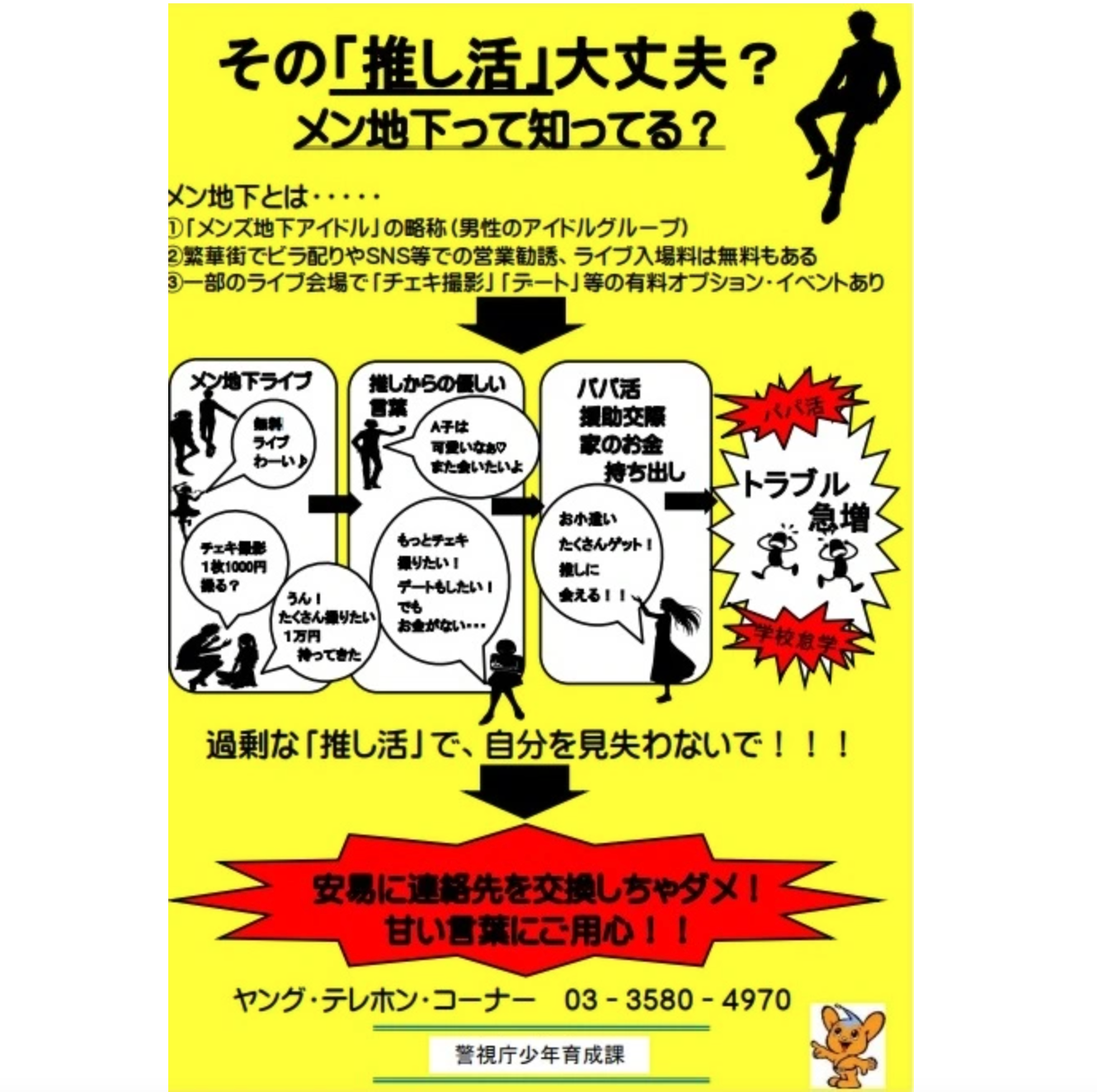 A lot of the youth-oriented public awareness posters and fliers made by the police in Japan deal with the same topics that concern parents in other countries. Always check for traffic before crossing the street. Say no to drugs. Be cautious of suspicious strangers. Things like that.

But there’s also a public service announcement from the Tokyo Metropolitan Police Department’s Juvenile Development Division that addresses a very Japanese issue: warning kids and parents about the danger of youths becoming obsessed with and exploited by idols.

“Is your oshikatsu safe?” asks the flier/poster, referring to activities related to having an oshi, or favorite idol. Specifically, the warning is about menchika, itself a shortened version of “men’s chika idol” or “underground male idol,” male idol singers who exist in the gray area between professional and amateur musician status.

As they haven’t yet achieved mainstream fame, admission to underground idols’ concerts tends to be inexpensive, or even free. There’s also a higher degree of direct interaction between performers and fans, due to the smaller scale of the events, which can create the feeling of a more meaningful bond between a fan and their oshi.

However, the flier warns that this combination of factors can lead to trouble for young fans, since it’s common for underground idols to offer things like a chance to take photos together for a fee, and, according to the flier, even agree to going on a date with the fan for the right price. 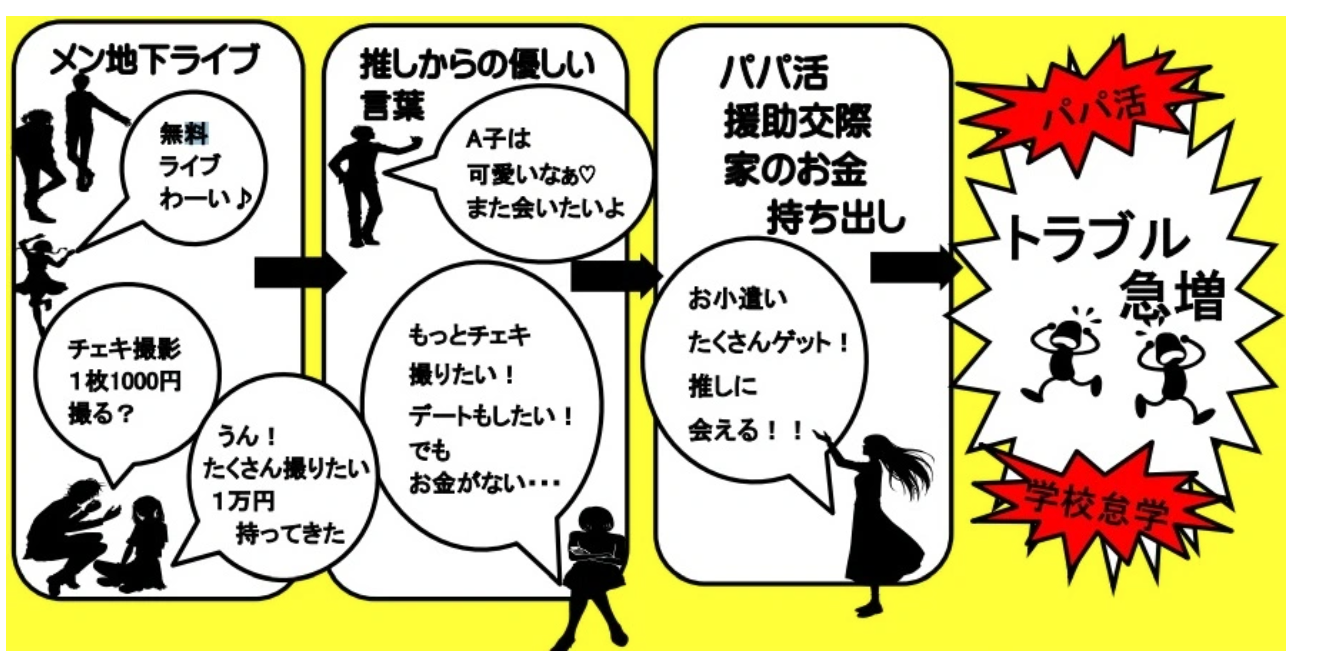 The sequence of events pictured above starts with:

● Kind words from the oshi

Fan: “I want to take more photos with him! I want to go on a date! But I don’t have enough money…”

Up until this point, you could apply pretty much all of this scenario just as easily to boys who become infatuated with a female underground idol. The next part of the flow chart, though, highlights something that’s societally seen as a bigger threat to girls than boys, the temptation to turn to enjo kosai (“compensated dating”) or papakatsu (finding a sugar daddy) in order to get the money, so that they can then give to their favorite idol.

Of course, there are also plenty of ways to spend money on oshikatsu for famous idols too. However, with a major, mainstream unit, there are usually a few more layers of separation between fans and performers. With underground idols, not only is the interaction more direct, the perception by fans that their favorite is just on the cusp of making it big, and really needs that individual fan’s financial support specifically.

Those factors can combine for a uniquely compelling argument that the young fan should be giving their oshi as much money as they can, so it’s probably a good idea for parents to be aware of the potential scenario and make sure their kids’ oshikatsu is OK.

Source: Tokyo Metropolitan Board of Education via Hachima Kiko

Images: Tokyo Metropolitan Board of Education