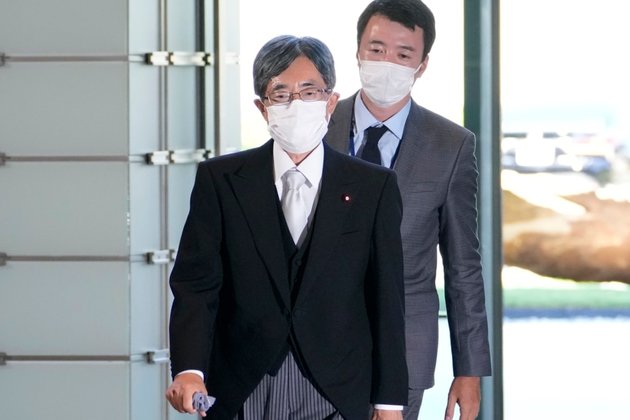 Tokyo – Japan’s internal affairs minister resigned on Sunday in connection with a funding scandal, becoming the third Cabinet member to leave in less than a month in a severe blow to Prime Minister Fumio Kishida’s already shaky support.

Kishida’s approval ratings have fallen since the July assassination of former Prime Minister Shinzo Abe revealed deep and longstanding ties between ruling Liberal Democratic Party politicians and the Unification Church, a group that critics say is a cult.

Minoru Terada, the minister of internal affairs, tendered his resignation to Kishida after media reports said the premier was preparing to fire him. Kishida’s office could not be reached for comment on those reports.

A poll conducted over the weekend, before Terada’s resignation, found that 30.5% of respondents approved of Kishida, down 2.6 points from a survey in October, Asahi TV said on Monday. Just over half, 51%, disapproved of how he had handled the resignation of two previous ministers, economic revitalization minister Daishiro Yamagiwa and justice minister Yasuhiro Hanashi.

Terada, under fire for several funding scandals, has acknowledged that one of his support groups had submitted funding documentation ostensibly signed by a dead person.

Kishida said he had accepted Terada’s resignation in order to prioritize parliamentary debate, including discussions on a second extra budget for the fiscal year ending in March.

Asked about the fact that three ministers have resigned since October 24, Kishida said he would like to apologize.

Terada’s departure could further weaken the embattled premier, whose support ratings have remained below 30% in several recent opinion polls, a level that may make it difficult for him to carry out his political agenda.

After leading the LDP to an election victory days after Abe was gunned down on the campaign trail, Kishida had been widely expected to enjoy a ‘golden three years’ with no national elections required until 2025.

Abe’s suspected killer said his mother was bankrupted by the Unification Church and blamed Abe for promoting it. The LDP has acknowledged many lawmakers have ties to the church but that there is no organizational link to the party.

A vast majority of voters also disapproved of Kishida’s decision to hold a state funeral for Abe, which took place at the end of September.

Yamagiwa resigned October 24 because of his ties to the religious group, and Kishida came under fire for what voters saw as his delayed and clumsy handling of the situation.

Further damage came from the resignation of Hanashi in mid-November for comments seen as making light of his work responsibilities, specifically signing off on executions.

Hanashi and Terada’s resignations are likely to be especially painful because they were members of Kishida’s faction in the LDP.