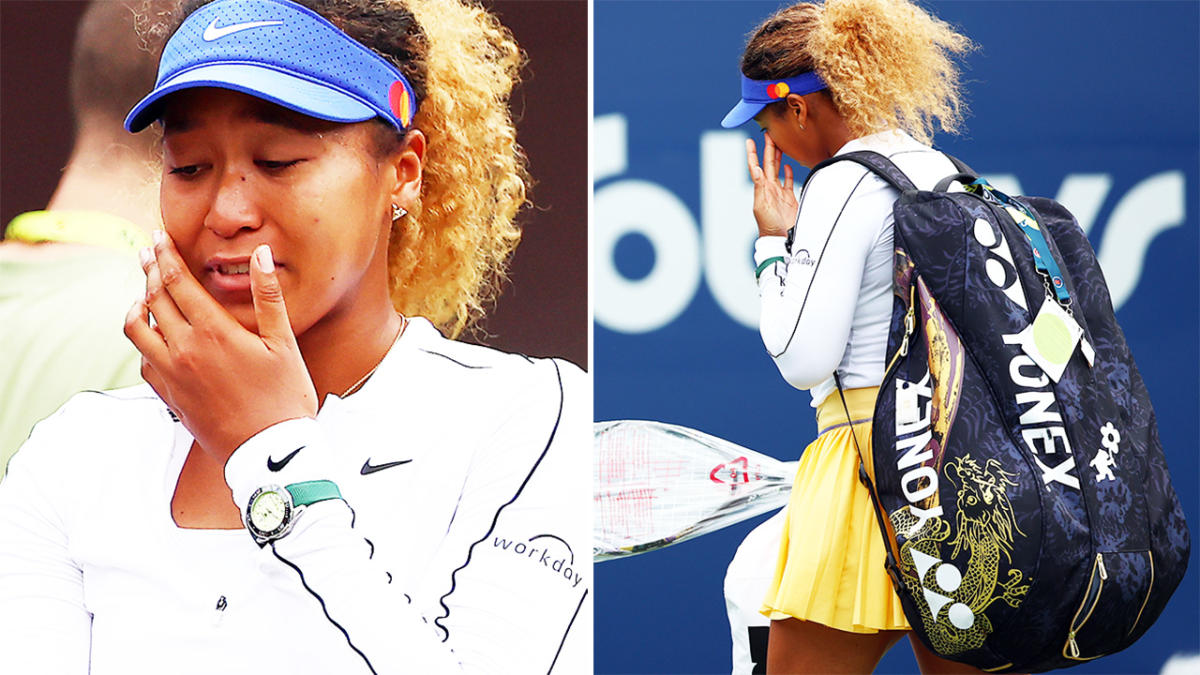 Naomi Osaka has broken down in tears at the Canadian Open in Toronto after retiring hurt with a back injury in her first-round match.

The four-time grand slam champion was trailing Estonia’s Kaia Kanepi 6-7 (4-7) 0-3 on Tuesday when she decided to call it quits.

The former World No.1 had received treatment from a trainer during the match but decided it wasn’t worth pushing through the pain with the US Open around the corner.

Osaka was reduced to tears as she shook hands with Kanepi and left the court.

“I felt my back from the start of the match, and despite trying to push through it, I just wasn’t able to today,” Osaka said after the match.

“I’d like to pay credit to Kaia for playing well and want to wish her all the best for the rest of the tournament.”

The disappointing setback continues a frustrating time for Osaka, who has seen her ranking fall to No.39 in recent months.

She opted to skip Wimbledon in June due to a number of niggling injuries and was hoping to find some form ahead of the year’s final grand slam in New York.

Osaka had been eliminated from her last three competitions in the first or second round, including a straight-sets loss to Coco Gauff at last week’s Silicon Valley Classic.

That was her first tournament since the French Open as she recovered from an Achilles injury.

Prior to that run, she had her best tournament of the year when she made it to the final of the Miami Open in early April before losing to World No.1 Iga Swiatek.

She later tweeted: “Today is just really not a good day.”

The 31st-ranked Kanepi will next play eighth seed Garbine Muguruza of Spain.

Tennis fans and commentators were left gutted for Osaka on Tuesday.

Elsewhere, Ajla Tomljanovic progressed through to the second round with 6-4 2-6 7-6 (7-3) victory over Veronika Kudermetova.

The 29-year-old Australian needed two hours and 19 minutes to see off the Russian World No.18 on Tuesday and set up a clash with top seed Swiatek of Poland.

The ninth seeded Raducanu went ahead 2-0 in the second set but the Italian finished with a flourish, securing the next six games with a mix of solid returns, net play and movement.

“It was a great match. It’s always beautiful to come back here to Canada. I love to play here,” Giorgi said.

Giorgi’s match began about five hours after 23-time grand slam champion Serena Williams, who is also competing at the hardcourt event this week, announced her plans to retire.

Also reaching the round of 32 was 10th seed Coco Gauff, a 6-1 6-3 winner over fellow American Madison Brengle.

Click here to sign up to our newsletter for all the latest and breaking stories from Australia and around the world.