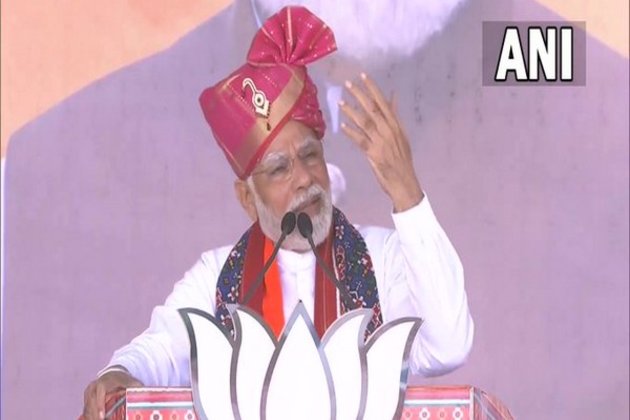 Responding to US President Joe Biden’s congratulatory message for India, PM Modi tweeted, “Thank you @POTUS. Your valued support will be a source of strength for India’s G-20 Presidency. It is important we all work together to build a better planet.”Earlier, Biden said in his tweet that the US support India and PM Modi during the G-20 presidency. He also said that India-US, together will advance sustainable and inclusive growth while tackling shared challenges like the climate, energy, and food crises.

PM Modi also thanked other global leaders including French President Emmanuel Macron. PM Modi said in a tweet, “Thank you, my dear friend @EmmanuelMacron! I look forward to consulting you closely during India’s G20 Presidency, as we work to focus the world’s attention on the issues that affect humanity as a whole.””Your solidarity is vital. Japan has contributed a lot to global well-being and I am confident the world will continue to learn from Japan’s successes on various fronts. @kishida230,” PM Modi tweeted in response to Japanese Prime Minister Fumio Kishida’s congratulatory message.

Meanwhile, on Sunday, the G20 Sherpa meeting commenced with a panel discussion on accelerating the implementation of the Sustainable Development Goals (SDG). Formal sherpa discussions will be spread over five sessions and will be held on December 5-6.

During a panel discussion at Udaipur G20 Sherpa, Amitabh Kant said that India believes every crisis is an opportunity.

“There’re challenges of geopolitical crisis in Europe, breakdown of supply chains, the crisis of climate action, poverty, inflationslowdown of global growth. Amid such a crisis India is taking the G20 presidency, we believe every crisis is an opportunity,” Kant said at the first side event of G20, ‘Transforming Lives: Accelerating Implementation of SDGs – A panel discussion’.

He further stated that when there is a surge in inflation and a slowdown of global growth, India is not only taking the G20 presidency but also rolling out its own agenda.

“So far we were getting agendas from the developed world, this is the first time we are setting out our own agenda, and we will tell that we are the mother of democracy,” Kant said.

In an off-the-record media interaction, Kant further highlighted how India played a significant role in Bali as a balancing act in the communique and focussed on economic issues, not geopolitics.

“In Bali, India played a very significant role as a balancing act in the communique where we focussed on economic issues and not on geopolitics. Everybody accepted that, including Russia and China. The PM’s statement “today’s era is not of war” was also a part of that communique,” he said.

Kant said India is taking over the presidency of G20 at a time of crisis and the responsibility is a huge honour.

“India is taking over the presidency of G20 at the time of crisis. But we believe that every crisis is a huge opportunity and actually, leadership is about finding path-breaking solutions in the midst of crisis. And therefore, we strongly believe that we should really accelerate the pace of implementation of sustainable development goals. And that is why today’s discussion is kicking off…I think this responsibility is a huge honour,” he added.

G20 is the most significant grouping, like the UN, where reaching a consensus can be challenging. It was institutionalized in 2008 after starting in 1999. (ANI)