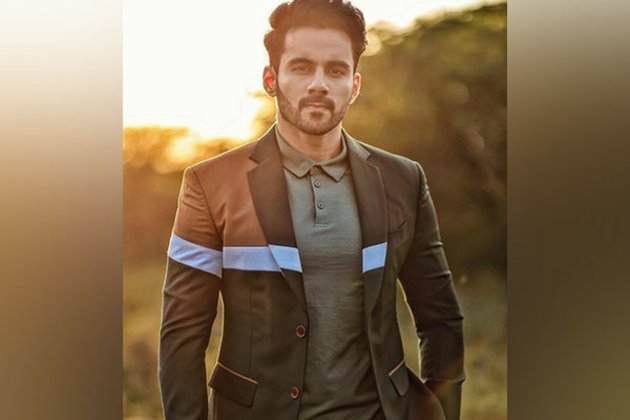 Mumbai (Maharashtra) [India], November 17 (ANI): Destiny has its own plans…! ‘Chandigarh Kare Aashiqui’ fame Abhishek Bajaj never thought of becoming an actor but he has been winning many hearts with his acting skills lately.

Abhishek started his acting career with commercials. After advertisements, he stepped into the world of television and worked in TV shows such as ‘Parvarrish’ and ‘Hitler Didi’. The biggest breakthrough moment of his career was when he bagged his first Bollywood film, which is none other than Karan Johar’s ‘Student of the Year 2’. It was just a beginning of his Bollywood stint.

In 2021, he was starred alongside Ayushmann Khurrana in ‘Chandigarh Kare Aashiqui’ and In September 2022, he was seen playing love interest of Tamannaah Bhatia in Madhur Bhandarkar’s directorial ‘Babli Bouncer’.

Abhishek, who hails from Delhi, is just three films old in Bollywood and he has already managed to impress the silver screen audience with his acting prowess. However, becoming an actor was never on his list of professional dreams.

In a recent conversation with ANI, Abhishek revealed that he wanted to become a crime branch officer.

“I do not belong to film background. My sister is a lecturer and my father is a Japanese interpreter. I was quite inclined towards education and sports. I secured 90 per cent in 12th grade and later persued Economic Honours. I wanted to be a part of the CBI. I even worked for it but something else was written in my destiny,” he recalled.

Sharing how he got his first-ever commercial, Abhishek shared,” I came to Mumbai to meet my friend. During that time I came across audition opportunity for Gillete ad. As I had the urge of seeing myself on TV, I went for that audition…and since then my acting journey started.”Speaking of Abhishek’s upcoming projects, he will soon disclose the details. (ANI)