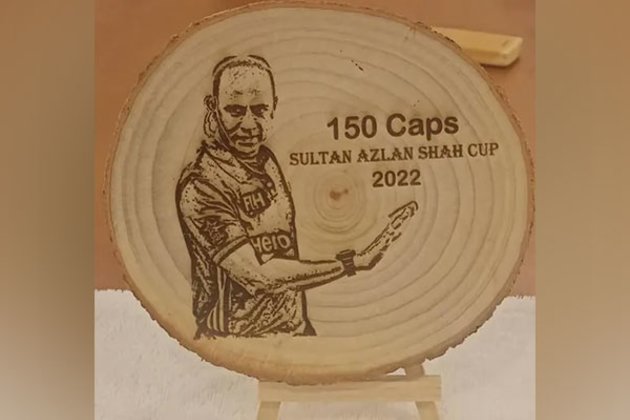 New Delhi [India], November 9 (ANI): Javed Nuruddin Shaikh officiated the 150th international game of his distinguished career on Tuesday, and Hockey India honoured him on the occasion. This accomplishment was made by Javed Shaikh while officiating a match in the ongoing Sultan Azlan Shah Cup 2022 in Ipoh, Malaysia.

Shaikh has been officiating hockey for the past 20 years and was recently recognised for his remarkable work with the Hockey India Best Umpire Manager / Umpire 2019-2020 award at the 10th Hockey India Congress. In 2000, he began working as an umpire at a nearby competition. He received a call-up in 2002 to serve as a national umpire, then had the chance to officiate at the 2003 Under-21 Invitational Cup in Poland as an international umpire.

Javed Shaikh, who is now listed on the FIH Officials list as a World Cup Panel Umpire, has officiated at important competitions over the past ten years, including the Commonwealth Games, Asian Games, and the 2014 Men’s World Cup in Hague, The Netherlands. His biggest task came when he was called up to officiate in the 2016 Summer Olympics in Rio.

The International Hockey Federation (FIH), the sport’s global governing body, also appointed him as an umpire for the FIH Men’s Hockey World Cup in 2018, the 2020 Tokyo Olympics, and the upcoming FIH Odisha Hockey Men’s World Cup 2023 Bhubaneswar-Rourkela, which is set to take place from January 13 to 29, 2023.

Javed Shaikh received praise for his accomplishment from Hockey India President Padma Shri Dilip Tirkey, who also noted that it is an honour for an umpire to represent India in prestigious international competitions.

“I congratulate experienced umpire Javed Shaikh for officiating the 150th international match of his illustrious career. He has earned this feat after working tirelessly for more than 17 years. It is a matter of pride for us when an umpire represents India in top tournaments across the world. I wish Javed Shaikh the very best for his future endeavours,” said Tirkey as quoted by Hockey India.

Javed Shaikh thanked Hockey India for all of their assistance in helping him develop as an umpire and vowed to keep learning in order to elevate the level of umpiring in international hockey.

“It is a huge honour to officiate 150 international matches in my career. I couldn’t have done it without the support of Hockey India which has been doing a great job of raising the standards of umpires in India with regular workshops to which educators from the FIH Academy are invited. They exchange their knowledge about umpiring with us. Hockey India has conducted online tests as well. They have encouraged youngsters to take up umpiring in hockey and they have played a key role,” expressed Javed Shaikh. (ANI)