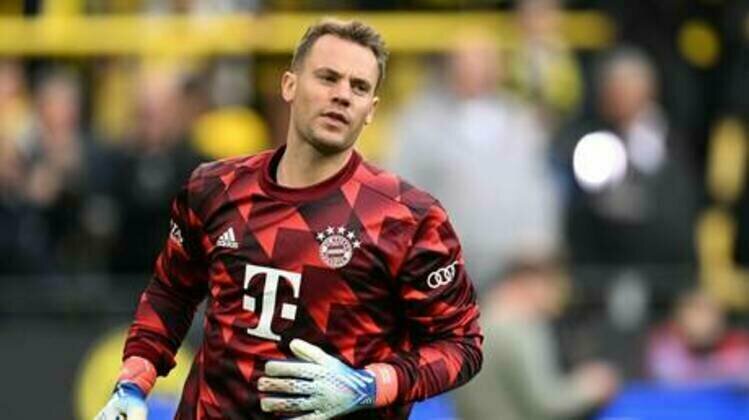 Germany and Bayern Munich goalkeeper Manuel Neuer has suffered from skin cancer and has had three operations to fight the disease, the 2014 World Cup winner announced on Wednesday.

“We both have a very personal history of skin diseases,” Neuer said.

“In Angelique’s case it’s sun-related hyperpigmentation, and in my case it’s skin cancer on my face, which I’ve already had to have operated on three times.”

Neuer added that the pair’s conditions are why they “took special care not to make any compromises when it comes to sun protection.”

“Because I train outside all the time and also like to spend my free time in nature,” he explained.

The press release is the first time that Neuer has talked about being diagnosed with cancer, and he is yet to reveal when the operations took place.

Bild believes that Neuer could have learned he had cancer around December 2021, as this was when he was spotted with a plaster on his face.

Neuer, widely regarded as one of the world’s best goalkeepers from the early 2010s onwards, is currently out of action with a shoulder injury that has seen him sidelined since early October.

He faces a race against time to play Bayern Munich’s last three fixtures before the German national team heads to Qatar for the 2022 World Cup.

Earlier this week, Bayern coach Julien Nagelsmann remarked on the topic and revealed that the club hopes to have the shotstopper available for action for Saturday’s trip to Hertha Berlin in the Bundesliga.

“He came through training well and didn’t show any reaction. But we’ll have to wait and see,” Nagelsmann said.

Neuer is one of his country’s all-time appearances leaders with 113 caps, and won the Golden Glove in Brazil when Joachim Low led Germany to their fourth World Cup title in 2014.

Germany will try to draw level with record five-time winners Brazil in Qatar, and begin their Group E campaign against Japan on November 23 before taking on Spain and Costa Rica.