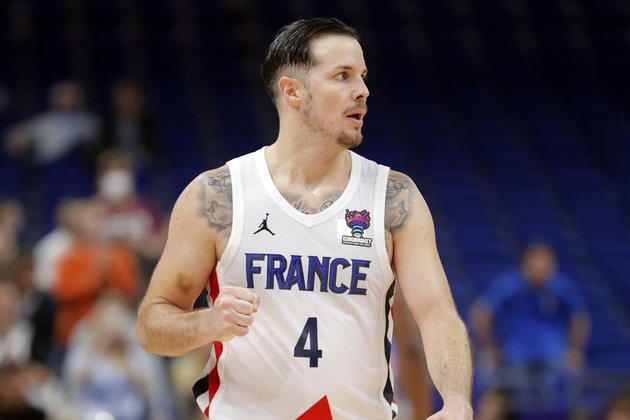 Thomas Heurtel had a withering message for his detractors after he joined Zenit St. Petersburg

French basketball player Thomas Heurtel has responded after receiving criticism for joining Russian team Zenit St. Petersburg, telling fans that he “doesn’t give a f***” about the backlash.

Heurtel, 33, joined Zenit in September shortly after helping France to the silver medal at the European championship.

The point guard moved to Russia despite the French Basketball Federation (FFBB) declaring in August that any players who choose to join Russian teams would no longer be considered for national team selection because of the conflict in Ukraine.

After posting a social media picture of himself in Zenit training kit at the weekend, Heurtel came in for criticism in the comments section.

Heurtel was attacked by some social media users for his decision.

But the star – who also helped France to silver at the Tokyo 2020 Olympics – made his feelings loud and clear.

“Just for your information to all the people who send me messages or write comments criticizing me on my decision to come to Russia or my decision in general, know that I completely don’t give a f*** so don’t be sorry and stop wasting your time. And please get yourself a life! Thanks in advance,” Heurtel wrote on Instagram Stories.

Heurtel has spent his career at teams in France, Spain and Turkey, and left Real Madrid back in June, reportedly after a conflict regarding disciplinary issues.

He joined Zenit on a one-year deal with the option of a one-year extension.

The 6ft 2in guard has played two games for Zenit thus far in the Russia-based VTB United League.