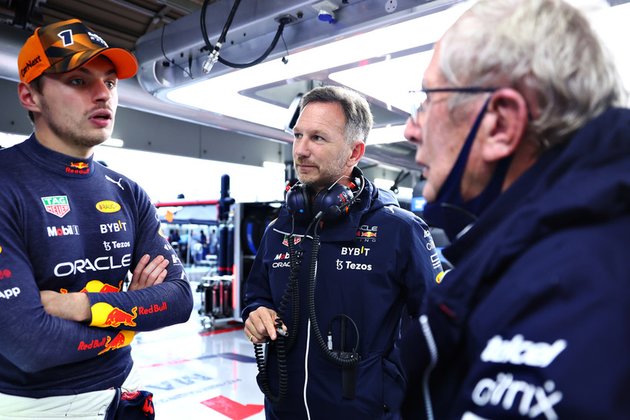 The motorsport team has been found guilty of a ‘minor’ infringement

Red Bull has been found guilty of breaking the budget cap in Formula One by exceeding the $145 million limit in 2021, according to governing body the FIA.

The FIA confirmed that the offense was ‘minor’, which means it falls into the lowest of the two categories of breaches and exceeded the cap by under 5%, or $7.25 million.

The motorsport authority didn’t reveal by which amount Red Bull had exceeded the cap or how this had been done, but said it was “currently determining appropriate action” to take against the team which has been found guilty of the procedural breach alongside Aston Martin.

Red Bull reacted to the FIA’s finding “with surprise and disappointment”.

“Our 2021 submission was below the cost-cap limit, so we need to carefully review the FIA’s findings, as our belief remains that the relevant costs are under the 2021 cost-cap amount,” the team said in a statement.

“Despite the conjecture and positioning of others, there is of course a process under the regulations with the FIA which we will respectfully follow while we consider all the options available to us.”

The FIA clarified that the intervention of its cost-cap administration was limited to reviewing the submissions made by the competitors with no full formal investigations launched.

Red Bull’s punishment could be light. A procedural breach isn’t an overspend, but instead a failure to fill in required forms correctly, with Williams found guilty of the same offense and fined $25,000 earlier in 2022.

Potential penalties for Red Bull for the ‘minor’ breach within the scope of the rules, however, include a reprimand, the deduction of drivers’ and/or constructors’ championship points for the 2021 season, a reduction of the team’s cost cap, suspension from one or more stages of a competition, and limitations on aerodynamic or other testing.

Red Bull team principal Christian Horner reiterated his belief that the team was in line with the cap in 2021, a highly successful season where Red Bull driver Max Verstappen won his first world championship and stopped Lewis Hamilton from surpassing Michael Schumacher in the all-time rankings with seven wins.

On Sunday, Verstappen clinched the title for the second year running with victory in the Japanese Grand Prix.

“We’re very confident we’re within the cap and within those financial regulations,” Horner said to BBC Radio 4 before the announcement.

“So we’ve been shocked at the speculation and accusations that have been made by other teams. We wait for the FIA to conclude their process and we wait to see what comes out. Anything other than compliance we’ll be extremely surprised at.”

Red Bull can appeal the decision and also try and reach a ‘settlement agreement’ with the FIA by accepting its guilt.

If a settlement agreement can’t be struck, a panel of independent judges will look at the case and reach a conclusion on whether the offense should be penalized or not.

If the punished team still isn’t happy after that, it can head to the FIA’s international court of appeal.

Ferrari team principal Mattia Binotto said that even a ‘minor’ breach was a significant offense and called for the penalty attached to it to be “significant”.

“Our car has been developed respecting the budget cap and we know how much even a minor breach would have implied in performance.

“It is about 2021. And also over the following seasons. I am expecting full transparency and clarity on the discussions they have had,” Binotto added.