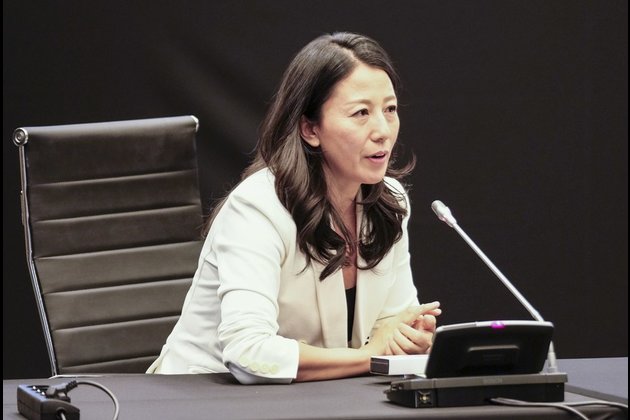 BEIJING, Nov. 12 (Xinhua) — Here are the latest Chinese sports headlines over the past week:

World Anti-Doping Agency (WADA) vice president Yang Yang of China confirmed that she is ready to run for another three-year term (2023-2025) in the position, with the world anti-doping governing body set to hold elections for a second term for the president and vice president.

The 2022 Beijing Marathon, the 40th edition since 1981, kicked off on Sunday (November 6) morning after a two-year hiatus due to the COVID-19 pandemic.

About 20,000 runners set off from Tian’anmen Square to run to the destination in the Olympic Park, which was one of the main venues of the Beijing 2008 Olympics and the 2022 Olympic Winter Games.

“I think China can be one of the greatest nations of football if they really focus on it and invest in it,” the 41-year-old told Xinhua. “It’s a lot of sacrifice, and you’re not going to do it in one day.”

The 26-year-old player is a regular starter for the Chinese national team, scoring an important goal in China’s win over Japan in February’s AFC Asian Cup semifinal.

Chris Gardiner, chief executive of Canberra United, described the signing as a landmark moment for the club.

Wu will become the first Chinese international to play for the club and is the second to sign for an A-League Women side for the 2022-2023 season after Xiao Yuyi joined Adelaide United earlier this month.

China’s Olympic champion Zou Jingyuan showed his dominance on the parallel bars by winning the event at the 51st Artistic Gymnastics World Championships.

Zou performed his routine in the final with an unparalleled difficulty score of 6.9 points and took the gold with 16.166 points.