A Japanese American family, a Native American tribe and a bountiful friendship 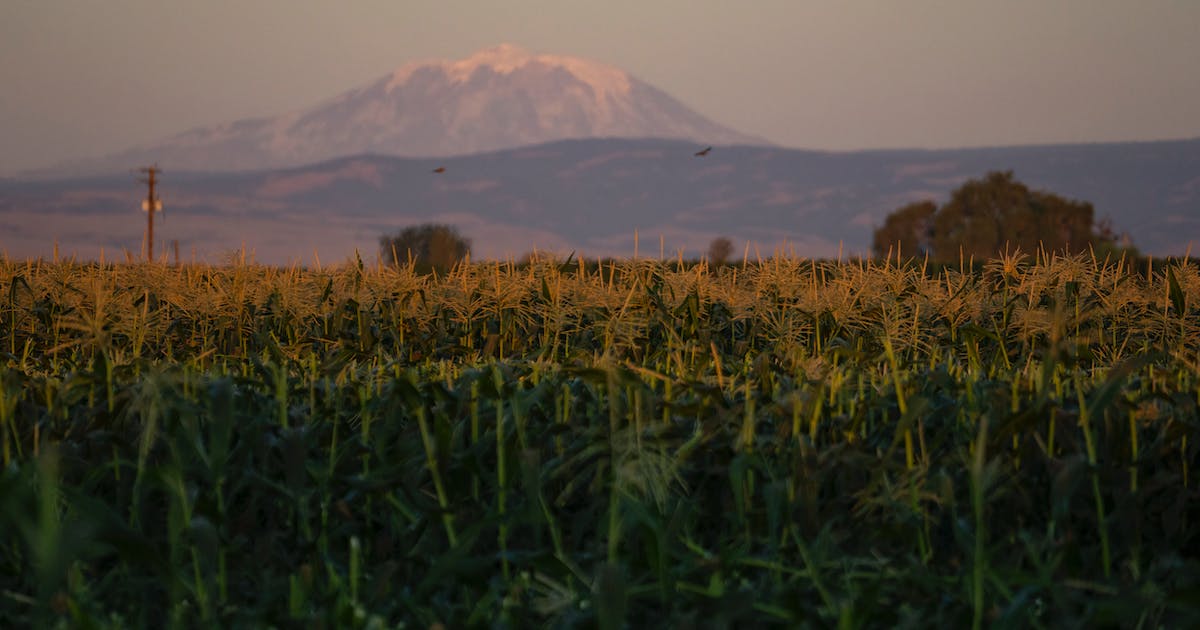 WAPATO, Wash. — The traditional Japanese lantern in the driveway of Inaba Produce Farms offers just a hint of the richly layered history behind this once-humble agricultural operation in eastern Washington.

Tucked off a dusty desert road on the Yakama Reservation, past fields of spindly hop plants and apple orchards, the farm for nearly a century has been an unlikely bridge between two American communities and a living symbol of their resilience, mutual generosity and hope for the future.

Lon Inaba, 67, was part of the third generation of his family to manage the farm — and the last of the Inabas with a desire to till soil and tend to vines. He was ready to retire and sell the farm that had long been his family’s treasure. Several potentially lucrative options came to mind.

But then Inaba thought of the many acts of kindness that Yakama tribal members had shown his family, starting when his grandfather arrived in Wapato in the early 1900s from Japan in search of a better life.

There was the time when the Washington state Legislature banned “aliens” — including people of Japanese ancestry — from leasing land in the 1920s. It was a Yakama tribal member who told the family not to worry, that they could farm a portion of his land.

There was the time when the Inabas returned home to Wapato after they were detained in a government internment camp during World War II. Amid widespread discrimination, another Yakama man carved out a parcel so that the Inaba family could rebuild their farm.

“If it wasn’t for the Indian nation, we would never have been able to be here,” Shiz Inaba, 93, recalled telling Lon Inaba, her son.

The Yakama Nation recently expressed interest in buying the farm — now a 1,600-acre company that supplies top grocery chains — seeing an opportunity to improve the community’s access to healthy produce.

“The level of poverty here has been such that it’s the kind of stuff that people can’t always afford to buy,” said Jonalee Squeochs, who is overseeing a larger agricultural development project for the Yakama Nation.

Inaba calculated that selling to the tribe would mean that his family would likely receive millions of dollars less. But it did not matter. It felt right.

“Different individual tribal members were very kind to our family and to the Japanese community over the years,” Inaba said, growing teary-eyed. “I thought, ‘Hey, this could be a way to repay them.'”

When I visited the farm in September, I was struck by the serene mountain and desert landscape of the Yakima Valley, which belied a long history of heartache and displacement in the region.

By the time Inaba’s grandfather, Shukichi Inaba, arrived in Wapato in 1907, it had already been about half a century since the federal government pressured the Yakama tribe to cede by treaty more than 10 million acres of their ancestral homelands.

The elder Inaba, together with his brother, took on the arduous task of clearing sagebrush on a plot leased from the Yakama Reservation, where there was more land available than west of the Cascade Range. They soon found success farming hay, potatoes and wheat.

By the 1930s, as many as 1,200 Japanese people, many of them American citizens, had settled nearby, building a thriving community around their Buddhist and Methodist churches and a Japanese language school.

But their success stirred resentment. Many of the Japanese farmers, including the Inabas, saw their lives upended by the 1921 land-lease ban. In later years, vigilantes set fire to haystacks on Japanese farms and threw bombs at and around their homes, according to Gail M. Nomura, a professor emerita of American ethnic studies at the University of Washington.

The anti-Japanese sentiment peaked after Japan attacked Pearl Harbor on Dec. 7, 1941. In early 1942, President Franklin D. Roosevelt signed Executive Order 9066, which sent more than 100,000 American citizens and other residents of Japanese ancestry to incarceration camps. Given the label #33120, the Inaba family — at the time Shukichi, his wife, Shigeko, and their seven children — spent more than two years at the Heart Mountain incarceration camp in Wyoming.

The Inabas were among the few Japanese American families who returned to Wapato after they were released. They found their farm had been taken over; their new car had fallen into disrepair. Signs reading “No Japs Wanted” dotted the Wapato area.

With the help of several Yakama tribal members and white neighbors, the Inaba family started over.

After several years of negotiations, the tribe last year purchased the farm for about $12 million.

Since acquiring the farm, the tribe has been experimenting with different ways of distributing produce to the community, including through donations and subscription boxes. It is part of the tribe’s broader vision to give people more control of their food supply and nutrition.

There have been hurdles, such as contracts to transfer over and vendors to reassure. Developing farming expertise within the Yakama Nation, whose members generally have more experience in ranching and fishing, has been another challenge.

But both the Yakama and the Inabas are determined to make this project a success. Lon Inaba said he would work for two more years to help with the transition, and was prepared to stay longer if needed.