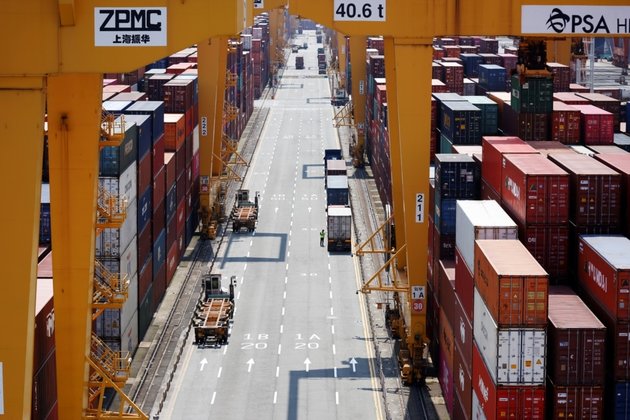 SEOUL, SOUTH KOREA – South Korea’s anger over what it considers discriminatory treatment by the United States against Korean electric vehicle manufacturers is highlighting the difficulty Washington faces in getting even its closest allies on board with its broad economic plans for Asia.

U.S. legislation passed last month offers tax credits of up to $7,500 to buyers of electric vehicles assembled in North America. The measure, part of the larger Inflation Reduction Act, is meant to exclude China from supply chains and boost U.S. production of electric cars, analysts say.

But in doing so, the bill also wiped out tax credits for dozens of electric vehicles manufactured overseas, making them much more expensive for U.S. buyers. Among the hardest hit are South Korea’s Hyundai and its affiliate Kia, which rank second in sales in the U.S. electric vehicle market, behind Tesla.

Inflation Reduction Act May Have Little Impact on Inflation

South Korean business officials and politicians erupted after the legislation passed, calling it a betrayal of World Trade Organization principles, as well as the U.S.-South Korea free trade agreement, which they say prohibits such discrimination against each other’s imported products.

“The U.S. is morphing from a guardian of free trade into a disrupter of international trade norms,” said an editorial in the left-leaning Hankyoreh newspaper. “In essence, [U.S. President Joe] Biden’s ‘Build Back Better’ is no different from [former U.S. President Donald] Trump’s ‘Make America Great Again,’ said the conservative Joongang Ilbo.

Some South Korean media have even questioned whether Seoul should respond by reconsidering its participation in U.S.-led regional economic initiatives, such as the Indo-Pacific Economic Framework (IPEF) or the semiconductor “Chip 4” alliance, which are both seen as crucial to U.S. efforts to compete with China.

At a Tuesday briefing, South Korean Trade Minister Ahn Duk-geun said the trade dispute should be treated separately from Seoul’s participation in multilateral forums, but acknowledged the disagreement could “shake the trust in the [U.S.-South Korean] trade relationship itself.”

South Korea’s frustration is broadly in line with that of many other Asian countries, who question whether Washington is as committed as it once was to free trade. While many U.S. partners were dismayed at Trump’s 2017 decision to withdraw from the massive Trans-Pacific Partnership (TPP) free trade deal, they remain discouraged by Biden, who has continued many of Trump’s trade policies.

Doubts about US commitment

In part to dissuade those worries, the White House in May unveiled IPEF, a trade deal designed to provide a counterweight against China’s economic clout in Asia. The 14 IPEF member states held their first negotiations last week; the U.S. aims to conclude negotiations by next November.

But IPEF differs from traditional free trade deals in that it does not provide greater market access or reduce tariffs – areas no longer seen as safe in a U.S. domestic political context. Without such incentives, there may not be enough benefits for countries to agree to binding commitments in areas like environment and labor, according to reports by the Center for Strategic and International Studies, which has surveyed representatives of countries involved in the IPEF negotiations.

The Biden administration has also indicated that IPEF will not be submitted for approval to the U.S. Congress, leading some to worry it could be overturned by future U.S. presidents.

During the IPEF rollout in May, Japanese Prime Minister Fumio Kishida said he welcomed increased U.S. economic participation in Asia and would support the IPEF talks, but that he preferred the United States rejoin the TPP, now known as CPTPP.

Chip 4 is meant to reduce China’s influence in the vital microchips sector. But U.S. partners, most notably South Korea, have expressed concern that the initiative may lead to Chinese retaliation. Possibly reflecting that unease, South Korean officials frequently refer to the Chip 4 grouping as a “consultative body” rather than an alliance.

The China-U.S. balancing act is especially tricky for South Korea, which hosts about 28,000 U.S. troops but relies on China as its biggest trading partner.

South Korea’s conservative president, Yoon Suk Yeol, who took office in May, has moved to expand his country’s economic and security relationship with the United States – making the current trade dispute even more uncomfortable.

While the United States has agreed to talks with South Korea to minimize the impact of the recent U.S. legislation, that hasn’t held back a wave of South Korean criticism directed at both Yoon and Biden.

So far, the backlash has mainly been limited to furious newspaper editorials and statements of concern by business and government officials.

Jeongmeen Suh, an economics professor at Seoul’s Soongsil University, predicts the dispute will not result in major anti-U.S. protests, since the U.S. policy only impacts certain major South Korean companies and may not be felt by average citizens.

But if not resolved quickly, the disagreement could result in diplomatic fallout, analysts warn, such as Seoul filing a WTO complaint. Some voices have called for South Korea to take a more assertive stance in line with its growing economic and diplomatic influence.

“If Korea remains passive, it could once again become the victim of the great powers,” read a recent Hankyoreh editorial. “Korea needs to get over its ‘small country’ mentality and adopt an active posture.”

Lee Juhyun contributed to this report.