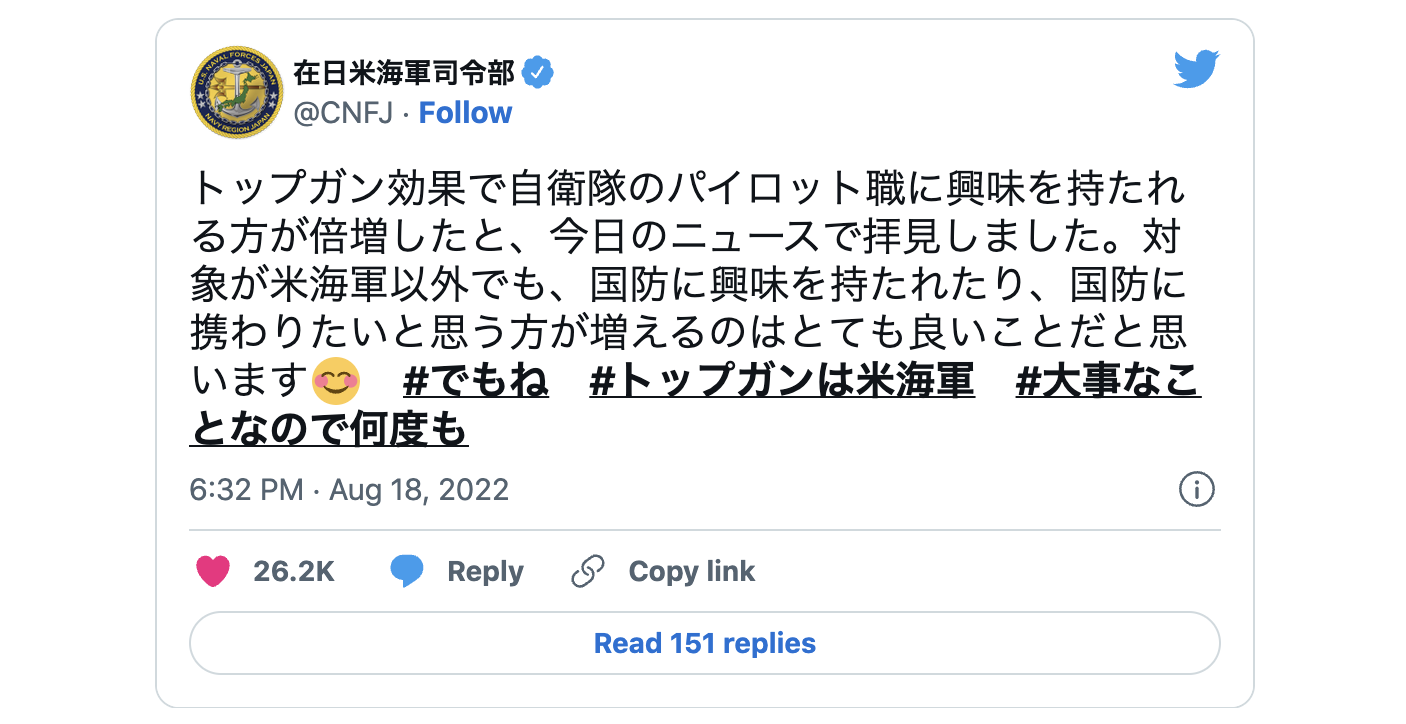 It’s Pete “Maverick” Mitchell’s world and we are all living in it, as “Top Gun: Maverick,” the sequel to the 1986 classic continues to soar high on the silver screen to great box office success all over the world. The movie has also been a great success in Japan, surpassing 11 billion yen at the box office.

Much like when the original film was released, the movie’s popularity has sparked a lot of interest in the world fighter pilots.

A certain misconception about the film has vexed the U.S. Naval Forces Japan, however, so much that they took to their official Twitter account (@CNFJ) to express gratitude for interest in national defense–with a little bit of a snarky correction they’ve been wanting to make:

“We saw on today’s news that the number of people who are interested in becoming a pilot in the Self-Defense Forces has doubled due to the influence of ‘Top Gun: Maverick.’ We think it is very good that more people are interested in and wanted to be involved in national defense, even if it’s not with the U.S. Navy.” #Justsoyouknow. #TopGunistheUSNavy #That’simportantsowe’llkeepremindingyou

A confusion that likely arose back in 1986 has resurfaced again, with many fans assuming that the movie is about the U.S. Air Force due to its huge aerial action scenes. While clarified at length in the film, it can sometimes slip through the cracks that Maverick and his fellow pilots are actually Naval Aviators.

This was also noted when the U.S. Naval Forces Japan Twitter account Retweeted a meme of a woman attacking a man over the head with flowers saying “I thought I told you Top Gun is the Navy not the Air Force!” saying jokingly that they get the feeling. 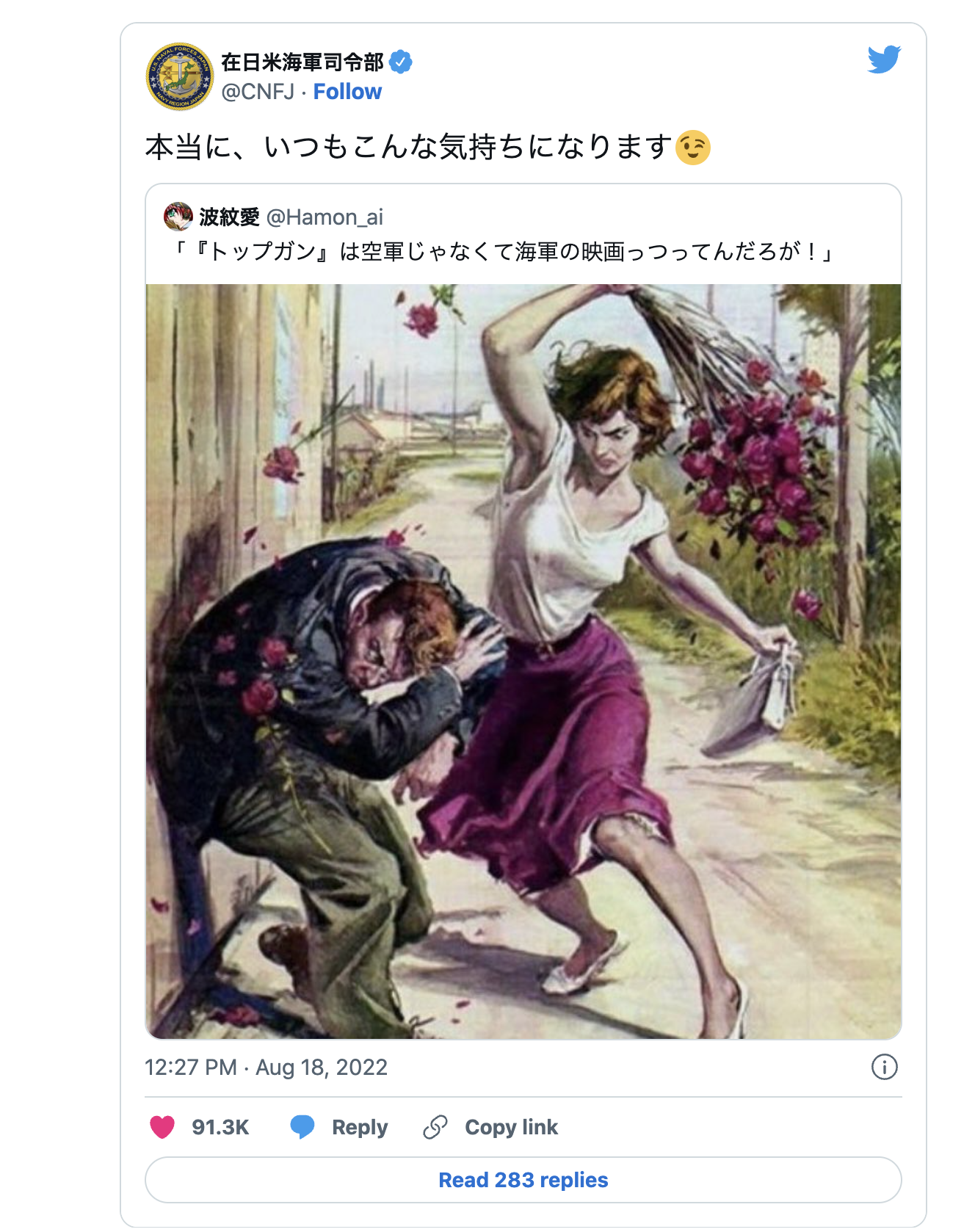 While all done in good fun, quite a few Japanese fans on Twitter only just learned of the truth, leaving apologies for the misunderstanding in replies to the post.

“I didn’t know that. I was blown away by the hashtags revealing real feelings.”

“That’s an important distinction, so you have to repeat it a lot.”

— Untouched for 40 years, Hokkaido’s railway overrun by nature has people thinking of Spirited Away