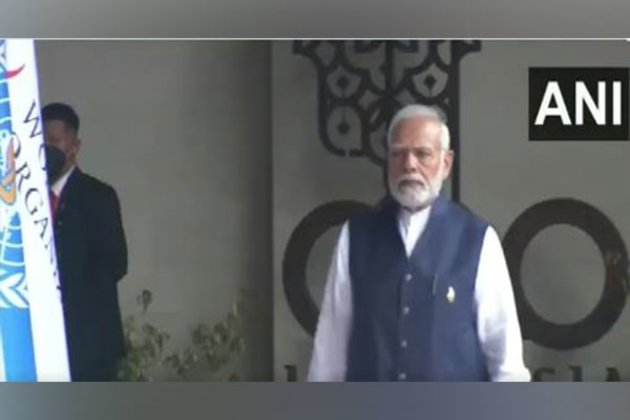 Bali [Indonesia], November 16 (ANI): Prime Minister Narendra Modi has arrived at Apurva Kempisnky Hotel in Bali to participate in the Digital Transformation Session at the 17th edition of the G20 Leaders Summit.

PM Narendra Modi is on a three-day visit to Bali to attend the G20 Leaders Summit.

On the second day of his visit to Bali, PM Modi arrived at the mangrove forest. He was greeted upon his arrival by Indonesia’s President Joko Widodo.

Mangroves play an important role in global conservation efforts. India has joined the Mangrove Alliance for Climate (MAC), a joint initiative of Indonesia and UAE under the Indonesian G-20 Presidency.

More than 50 mangrove species can be found spread over 5000 sq km in India. India is placing emphasis on the protection and restoration of mangroves, which are rich sites of biodiversity and serve as effective carbon sinks.

During the Mangrove forest visit, PM Modi and US President Joe Biden exchanged greetings with each other.

Prime Minister will also hold bilateral meetings with leaders of eight countries on the margins of the G20 summit in Bali, Indonesia.

The Prime Minister is slated to have bilateral agreements with heads of Indonesia, Spain, France, Singapore, Germany, Italy, Australia and the United Kingdom.

Yesterday, PM Modi was greeted by Indonesia’s President Joko Widodo at the venue. Upon his arrival in Bali on Sunday night, PM Modi received a traditional welcome.

“Grateful to the Indian community for the warm welcome in Bali!” the Prime Minister tweeted.