HomeLatestNihon Kohden to build its largest manufacturing facility of India at MET...
Latest 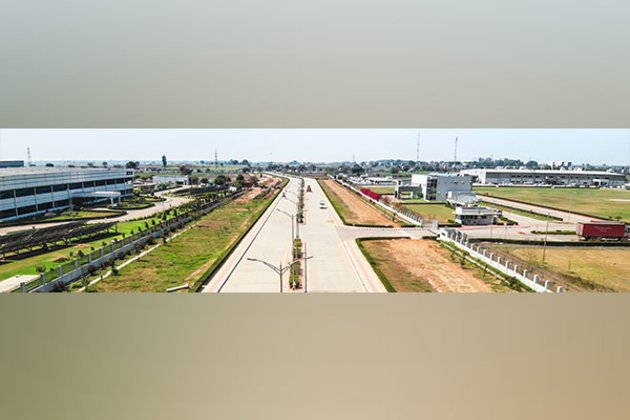 MET City is a Japanese Industrial Township (JIT) and houses four leading Japanese companies in its integrated industrial township. Nihon Kohden, one of the four Japanese companies and manufacturer of medical devices, said it recently did a ground-breaking ceremony on their plot at MET City.

This facility of Nihon Kohden will be their largest manufacturing facility in India, and it will further enhance the position of MET City as a leading location for setting up companies in Haryana and North India, according to a statement from MET City. Panasonic, Denso and T-Suzuki are other Japanese companies in MET City.

On the occasion of this ground-breaking ceremony, S V Goyal, chief executive officer and whole-time director, MET City, said, “We are very happy to have the facility of Nihon Kohden starting construction at MET City. With 400 industrial customers, walk-to-work masterplan and world-class infrastructure, MET City today is one of the fastest growing Greenfield Smart City in North India.” Being a Japan Industrial Township, he also said that they were very happy to have more Japanese companies coming to us and selecting MET City as their partner in India. “The plug-n-play infrastructure of MET City is an added advantage for any company coming to us for their requirement,” he said.

Vaibhav Mittal, vice-president and head for business development, MET City, said, “We feel immense proud in having this world-class facility from Nihon Kohden being set up at MET City. As we grow, we continue to strive to get more and more Japanese companies to MET City and make it one of the most sought-after business cities of North India.”Kentaro Kusano, managing director, Nihon Kohden India, said, “We are very pleased to announce the opening of our new haematology analyser reagent factory. This 8,900 sq-m factory will be built on 16,135 sq m of land at Model Economic Township (MET City) in Jhajjar district of Haryana which will be almost four times bigger than our current factory in Gujarat. This facility marks an important milestone for our commitment to growing our business in India and positions Nihon Kohden well to achieve our vision for India – to be a trusted partner and provider to improve healthcare in the country.”Anil Srivastava, chief operating officer, Nihon Kohden India, said, “With the opening of this new manufacturing unit, our focus continues to be providing the latest Japanese technologies and quality products in Indian market. This facility will allow us to further expand our manufacturing capabilities and meet the growing local needs of haematology reagents.” He said this step was building on Nihon Kohden’s long-term commitment to the Indian market.

“We would like to express thanks to our customers for their encouragement and overwhelming support to Nihon Kohden India in the journey so far. India is one of the most important markets for Nihon Kohden Corporation, Japan,” he said.

Sameer Sehgal, chief finance officer, Nihon Kohden India, said, “There is a growing demand in the in-vitro diagnostic industry created by the expansion of the healthcare market in India. By adding another manufacturing plant, we expect to increase our production capacity multi-folds and drive ongoing commitment to support our existing and new customers and serve them better.” (ANI)