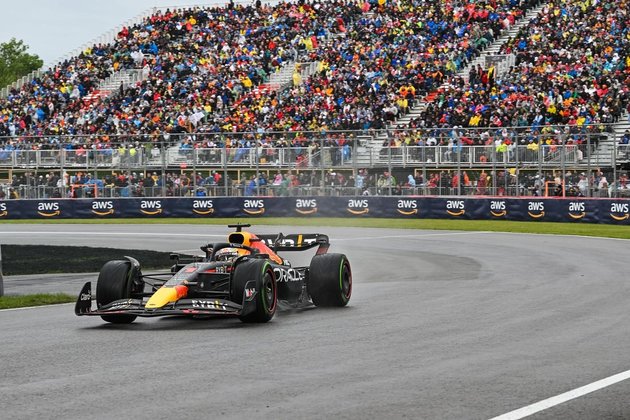 Max Verstappen captured his second straight Formula One title with a win Sunday at the rain-shortened Japanese Grand Prix, capping a dominant season.

Verstappen sealed the season victory after a late penalty assessed to Charles Leclerc cost him points and gave him no chance to catch Verstappen in the coming weeks.

“I’m just very happy that we got to race at the end. It was raining quite heavily and it was just really tough for us to drive,” Verstappen said. “But luckily, we got quite an amount of laps in and the car was flying in the inter conditions as well. I’m very pleased to win here, but also very happy to see all the fans and that they stuck around.”

Four races remain on the season, including the United States Grand Prix in Austin, Texas, on Oct. 23. Only the legendary Michael Schumacher (2001, 2004) and Sebastian Vettel (2011) have won a championship with four races remaining.

The win was the 12th of the season for Verstappen, a 25-year-old from the Netherlands. He still has time to break the season wins record of 13, held by Schumacher and Vettel.