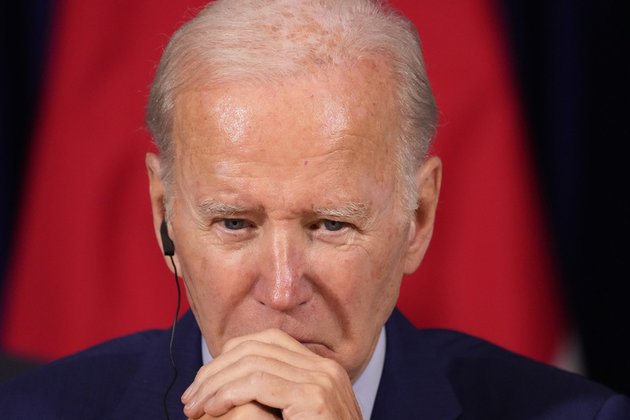 The US president offered Washington’s ?full? support in probing an alleged missile strike in eastern Poland

US President Joe Biden has convened an emergency meeting among NATO and allied leaders after a deadly blast rocked a Polish border town near Ukraine, vowing to assist an investigation into the incident.

Biden met with officials from six other NATO states, as well as Japan, early on Wednesday morning to discuss an explosion which killed two people in the Polish town of Przewodow the day prior, the White House said. Ahead of the meeting – held in Bali, Indonesia, on the sidelines of the ongoing G20 summit – the president was asked whether he could share what he knows about the blast, but simply said “no.”

Senior officials from Germany, Canada, the Netherlands, Spain, Italy, France, Britain and Japan took part in the sit-down with their American counterparts, according to Reuters. It is unclear why Polish officials did not participate, or whether NATO would hold a separate meeting with all of its 30 members, as the bloc’s Secretary-General Jens Stoltenberg previously noted the alliance would consult on the incident.

Biden expressed “deep condolences for the loss of life” to Polish President Andrzej Duda during a phone call on Tuesday, offering “full US support for and assistance with Poland’s investigation” while reiterating “the United States’ ironclad commitment to NATO.”

While an unnamed US intelligence official earlier told the Associated Press that a “Russian” missile caused the explosion, the Pentagon later clarified that it had no information to corroborate such a claim. Moscow, too, has rebutted allegations that it was behind the blast, with the Russian Defense Ministry stating the incident had “nothing to do with Russian weapons” after Polish media outlets circulated photos of debris said to be missile fragments.

Ukraine, however, was nonetheless quick to accuse Russia of a “missile strike” on a NATO state, with President Vladimir Zelensky suggesting it was an attack on the bloc’s “collective security” and a “very serious escalation.” Poland has also summoned Moscow’s ambassador to discuss the matter.

Soon after the explosion, Warsaw said it would place its military on higher alert and consider whether to invoke NATO’s Article 4 provision – which requires consultations among the alliance if a member state believes they are under military threat or wishes to discuss any other “issue of concern.” It differs from Article 5, a collective security measure that would compel all NATO states to come to the defense of another member.