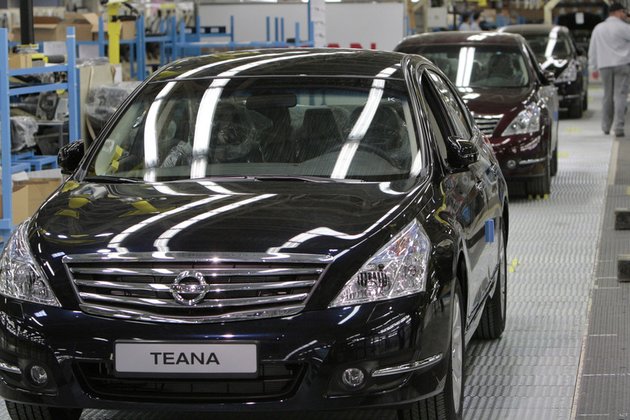 Nissan will receive a symbolic payment of ?1 for the transfer

Japanese carmaker Nissan will sell all its Russian assets to state-owned research and development firm NAMI, the trade ministry has said.

The deal, worth a symbolic sum of €1, was approved by the Japanese corporation and includes a plant in St. Petersburg and sales and marketing facilities in Moscow.

“We have managed to reach a formant where the enterprise remains operational. Key competencies, the production cycle and jobs are preserved,” Russia’s Trade Minister Denis Manturov said in a statement on Tuesday.

Nissan has some 2,000 employees in Russia and after the transfer is completed NAMI will be able to attract other companies as production partners to create joint ventures.

According to the minister, Russian carmaker AVTOVAZ will carry out maintenance services for Nissan vehicles, as well as supply spare parts. The deal will give Nissan the right to buy back the business within six years, the trade ministry said.

The scheme is almost identical to the withdrawal of Renault, a member of an alliance with Nissan. In May, the French carmaker’s 68% stake went to NAMI and its factory in Moscow, which produced cars under the Renault and Nissan brands, was transferred to the city government.

Meanwhile, Nissan reported on Tuesday an estimated loss of $686.2 million from leaving the Russian market.

In 2009 the manufacturer started producing SUV models such as the X-Trail and the Qashqai at its plant in St. Petersburg. The Japanese carmaker suspended production there in March due to supply-chain disruptions, following the conflict in Ukraine.