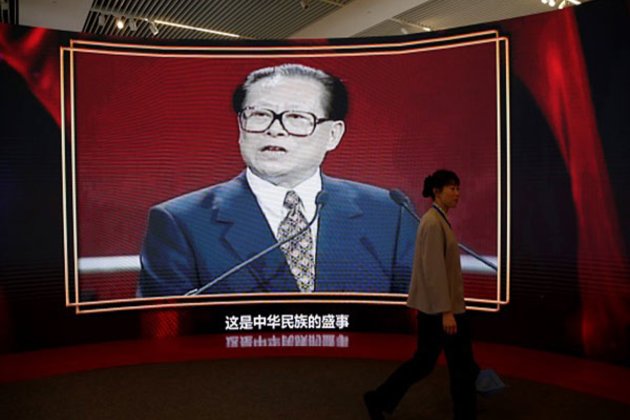 Beijing [China], December 2 (ANI): The demise of Jiang Zemin illustrates the shrinking number of voices within the Chinese Communist Party who can speak opposing views to leader Xi Jinping, paving way for Xi’s supremacy over the CCP.

Xi launched a sweeping anti-corruption campaign immediately after taking the party’s reins, bringing down one member of Jiang’s faction after another. He consolidated power that had been spread among party heavyweights into his own hands.

Jiang has been China’s president for much of the 1990s and led the country’s transformation toward a market economy. Jiang and his close ally, former Vice President Zeng Qinghong, helped Xi rise to party leader 10 years ago.

Jiang and his allies were at odds with then-President Hu Jintao’s faction of officials with roots in the Communist Youth League. Hu had wanted Li Keqiang, now China’s outgoing premier, to succeed him. Without a clear candidate of its own, the Jiang faction backed Xi, reported Nikkei Asia.

Jiang and Zeng hoped to maintain a hand in decision-making through Xi. But Xi instead began dismantling many of Jiang’s accomplishments.

Many leading figures from the Jiang years lost clout during the anti-corruption campaign, while Hu has largely held back his views after having struggled with meddling elders during his tenure. Active alumni of the Communist Youth League have been pushed out of key posts, reported Nikkei Asia.

In the recently held 20th congress of CPC, all 24 members of the new Communist Party Politburo expressed loyalty to Xi, who won a rare third term at the party’s helm in late October.

China watchers have warned that the country’s policy of reform and opening up could lose further momentum, with Xi accelerating his push toward a more socialist economy and stronger social controls, reported Nikkei Asia.

Moreover, public frustration with the government’s strict zero-COVID policy of containing the coronavirus has now boiled over as rare public demonstrations of dissent.

Even party and government sources have voiced concerns that the restrictions have gone too far.

The pandemic is not Xi’s only challenge. He also faces tensions with the US, a potential conflict over Taiwan, an economic slump and a real estate bubble.

The concentration of power in the hands of one man juggling so many problems poses a risk for the world, reported Nikkei Asia. (ANI)