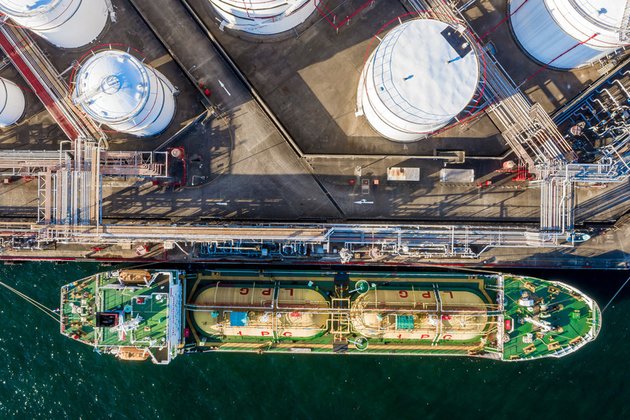 Energy companies that have long-term contracts re-export excess US gas to the EU at a huge premium, the outlet claims

Once the largest importer of LNG, China is now exporting on a large scale.

As domestic demand for energy has been falling in recent months, China has begun reselling excess LNG onto the global market, with Europe, Japan and South Korea among key buyers.

Taking advantage of low-cost purchases under long-term contracts, Chinese energy companies are selling US LNG to Europe, reaping “hundreds of millions of dollars per cargo”.

The outlet has pointed out that the number of LNG vessels from the US docked in China from January to August has decreased from 133 recorded in one period last year to only 19 during the same period this year.

Not only is American gas being sold on by Beijing, this year China has also imported almost 30% more gas from Russia, and at a significant discount, the outlet wrote, citing shipping data. China’s LNG imports from Russia surged in August to their highest level in at least two years.

In September, the Sakhalin-2 LNG export plant in Russia’s Far East sold several shipments to China for delivery through December at nearly half the current spot price, Bloomberg reported, citing traders familiar with the matter.

As gas supplies from Russia to Europe have slumped from 40% to 9%, imports of the super-chilled fuel into the EU have increased by 60% year-on-year, despite being much more expensive than pipeline deliveries.