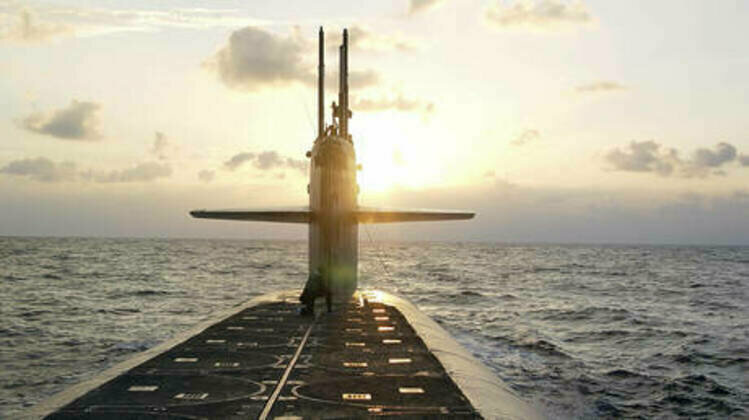 The Pentagon disclosed on Thursday in its long-awaited National Defense Strategy (NDS) report that given -what it called – the growing security threats posed against the US and its allies, Washington must leave the door open to such options as a nuclear first strike. It also has allowed for the use atomic weapons to prevent conventional attacks.

That conclusion was approved by the White House after the Pentagon’s thorough review of “no first use” and “sole purpose” nuclear policies, and fliwes in the face of campaign promises by President Joe Biden.

“Those approaches would result in an unacceptable level of risk, in light of the range of non-nuclear capabilities being developed and fielded by competitors that could inflict strategic-level damage to the United States and its allies and partners,” the NDS said. “Some allies and partners are particularly vulnerable to attacks with non-nuclear means that could produce devastating effects.”

Biden pledged while running for president in 2020 that he would work to narrow the potential uses of America’s nuclear weaponry. “The sole purpose of the US nuclear arsenal should be deterring – and if necessary, retaliating against – a nuclear attack. As president, I will work to put that belief into practice, in consultation with our allies and military.”

The decision to instead reject limits on the use of nuclear weapons comes amid rising tensions with Russia and China. Beijing is investing heavily in expansion and modernization of its nuclear capabilities, the Pentagon said. “By the 2030s, the United States will, for the first time in its history, face two major nuclear powers as strategic competitors and potential adversaries.”

Washington will not use or threaten to use nuclear weapons against non-nuclear states that are party to the Treaty on the Non-Proliferation of Nuclear Weapons, according to the NDS report. “For all other states, there remains a narrow range of contingencies in which US nuclear weapons may still play a role in deterring attacks that have a strategic effect against the United States or its allies and partners.”

The report labeled China as the number one national security threat against the US, despite rising tensions with Moscow over the Ukraine conflict. Secretary of Defense Lloyd Austin said China is “the only competitor out there with both the intent to reshape the international order and, increasingly, the power to do so.”

The US remains the only nation to have ever used nuclear weapons against another country – the atomic bombs dropped on Japan in August 1945.