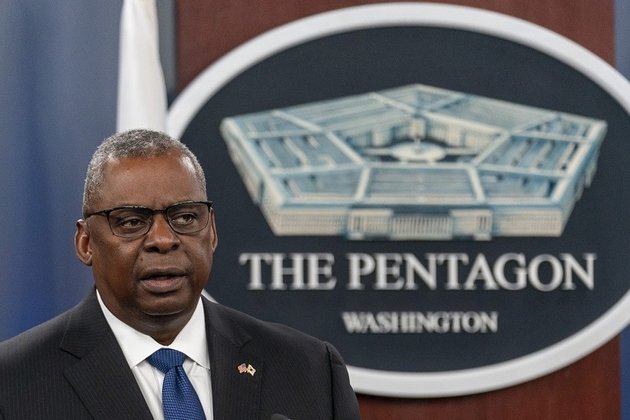 Defense Secretary Lloyd Austin insisted on an ?ironclad? US commitment to defending Seoul

The US does not plan to permanently base “strategic” weapons systems in South Korea at this time, but will evaluate that position in consultation with Seoul and Tokyo in order to deter any attack from North Korea, Defense Secretary Lloyd Austin told reporters at the Pentagon on Thursday.

In a brief press conference after his meeting with South Korean Defense Minister Lee Jong-sup, Austin mentioned a recent arrival of US “strategic assets” to the peninsula, prompting a question from CNN.

“We don’t have a plan to change our permanent positioning or stationing of assets on the peninsula, currently,” Austin replied, before rephrasing. “No new deployment of strategic assets on a permanent basis, but you’ll see assets move in and out on a routine basis.”

A number of 5th-generation fighters – the troubled F-35s – were recently deployed to the peninsula. They are taking part in ‘Vigilant Storm’ joint drills, which Austin called “one of the largest exercises … in recent history,” involving over 240 aircraft.

Lee made it clear that Seoul’s policy on denuclearization had not changed, and therefore his government was currently not requesting the US to redeploy its tactical nuclear weapons to the Korean peninsula.

North Korea fired around 100 artillery shells and six more missiles into the sea between the Korean peninsula and Japan on Wednesday, and tested an intercontinental ballistic missile (ICBM) on Thursday morning.

Pyongyang has criticized Seoul and Washington for extending the ‘Vigilant Storm’ air drills, calling it an “awful mistake.” DPRK has repeatedly condemned the exercise as a rehearsal for an invasion of North Korea. The annual joint exercise had been put on hold in 2018, when North Korea and the US opened peace talks, but resumed on Monday.

Speaking on Thursday, Austin insisted the US alliance with South Korea was “ironclad” and that Washington was “fully committed” to defending Seoul – and other allies in the “Indo-Pacific” – with “the full range of our nuclear, conventional, and missile defense capabilities.”