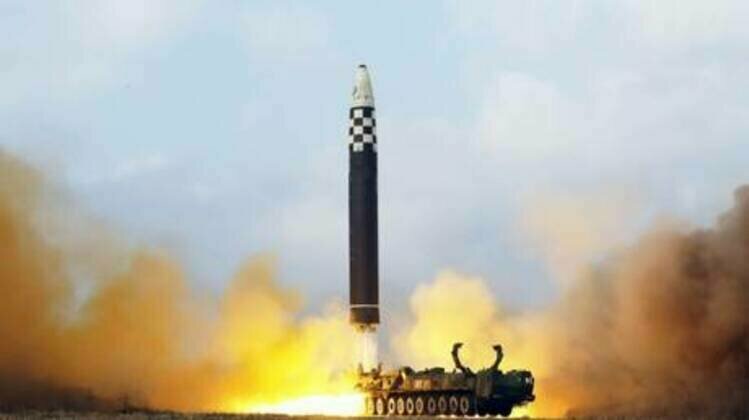 North Korea has unveiled details about its latest intercontinental ballistic missile (ICBM) test, saying it used a newer long-range munition while warning that continued threats from the United States and its allies would lead to their “self-destruction.”

The DPRK fired a Hwasong-17 missile from a site near its capital of Pyongyang early on Friday, the state-run Korean Central News Agency (KCNA) reported Saturday, calling the munition a “new type” of ICBM. It said the test was aimed at “inspecting the reliability and operation of the weapon system,” which was first developed in 2020 and completed its maiden flight just earlier this year.

Alongside other senior officials from the ruling Workers’ Party of Korea, North Korean leader Kim Jong-un was also present to observe the launch. He said the test was needed to shore up Pyongyang’s “overwhelming nuclear deterrence,” citing the “military threat of the US” and its allies in the region.

The test “will show the US and South Korea and other followers that military counter-play against us is self-destruction and that they will have to reconsider the wisdom of their choices,” Kim continued. “We must clearly show our party and government’s strong will to retaliate against the enemies’ madness of aggression and war exercises that are trying to destroy the peace and stability of the Korean peninsula.”

According to military officials cited by KCNA, the Hwasong-17 traveled a distance of nearly 1,000km (620 miles) and reached an altitude of 6,040km (3,750 miles) before landing “accurately in the planned waters of the East Sea of Korea.” The weapon is thought to be North Korea’s longest-range missile, reportedly capable of striking the US mainland.

While KCNA’s numbers are generally in line with those presented by Japan and South Korea, the Japanese Defense Ministry said the ICBM landed within Tokyo’s exclusive economic zone, about 200km (124 miles) west of its Hokkaido prefecture.

The DPRK has vocally objected to several rounds of joint war games held between Washington, Seoul and Tokyo, denouncing them as preparations for an attack. North Korean forces have fired off a barrage of missiles, rockets and artillery rounds into the sea to protest the military drills in recent weeks, including two ICBMs this month alone.

Following Friday’s test, South Korea carried out a new round of live-fire drills in retaliation, with its military vowing to “respond resolutely to any threats and provocations, including North Korea’s intercontinental ballistic missile.”